During the heat of the morning, while waiting for the next student to arrive, we spotted a bright red antique 1930s fire engine parked next to Redhill Aviation.

One of our instructors went to have a look and started chatting to the owner, who informed us that the vehicle had been completely restored and we can testify that it was in absolutely pristine condition.

The owner had brought the vehicle out for a run and had really wanted to get some photographs in a classic setting – and where better to choose than our beautiful 1930s aerodrome?!

By chance, the Redhill Aerodrome Fire Service were entertaining a visit by some fire service enthusiasts, which precipitated arranging an impromptu photoshoot in front of our aircraft!

The original vehicle was used on R. A. Lister's Pump and Engine Manufacturing site. During its over 30 year career there, it had barely done more than 1,000 miles! It also served in Bristol during the war, and later near Weston-super-Mare, before being purchased by its present owner who has devoted a huge amount of care in producing an amazing restoration.

As a matter of interest, although the chassis is steel, all the upper bodywork is manufactured from solid wood, including mahogany and ash. At the back of the fire engine, all the original pumping equipment etc. reflected the bright sunshine of the day! The vehicle is fully equipped with all its original fittings.

Much interest was shown by all who saw it! 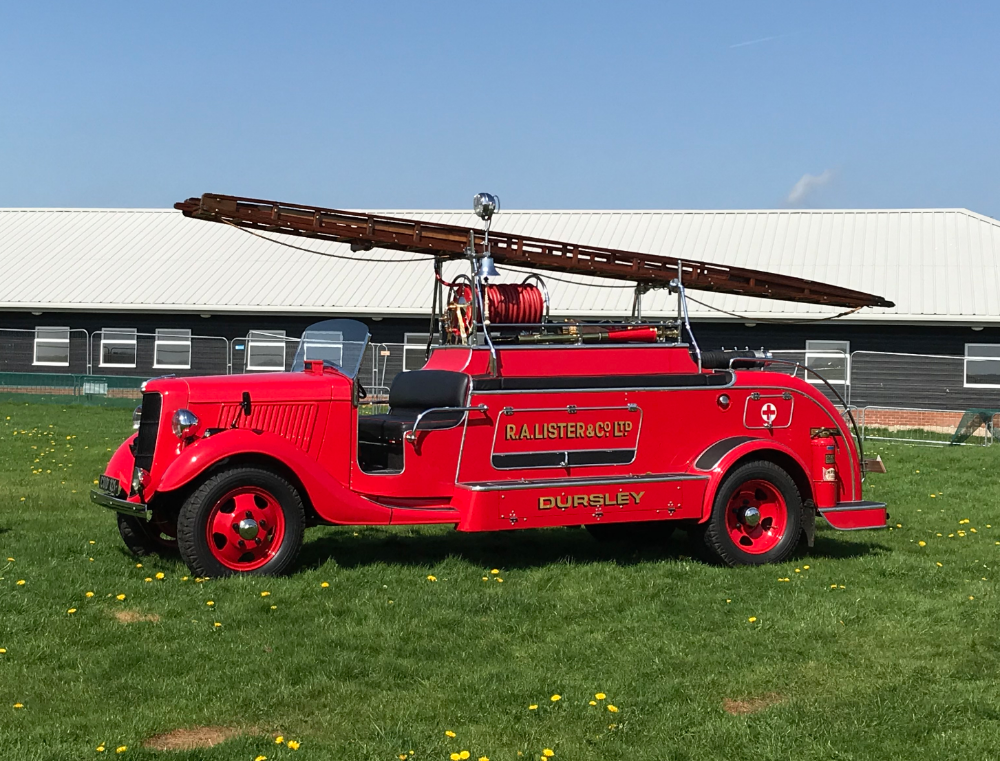 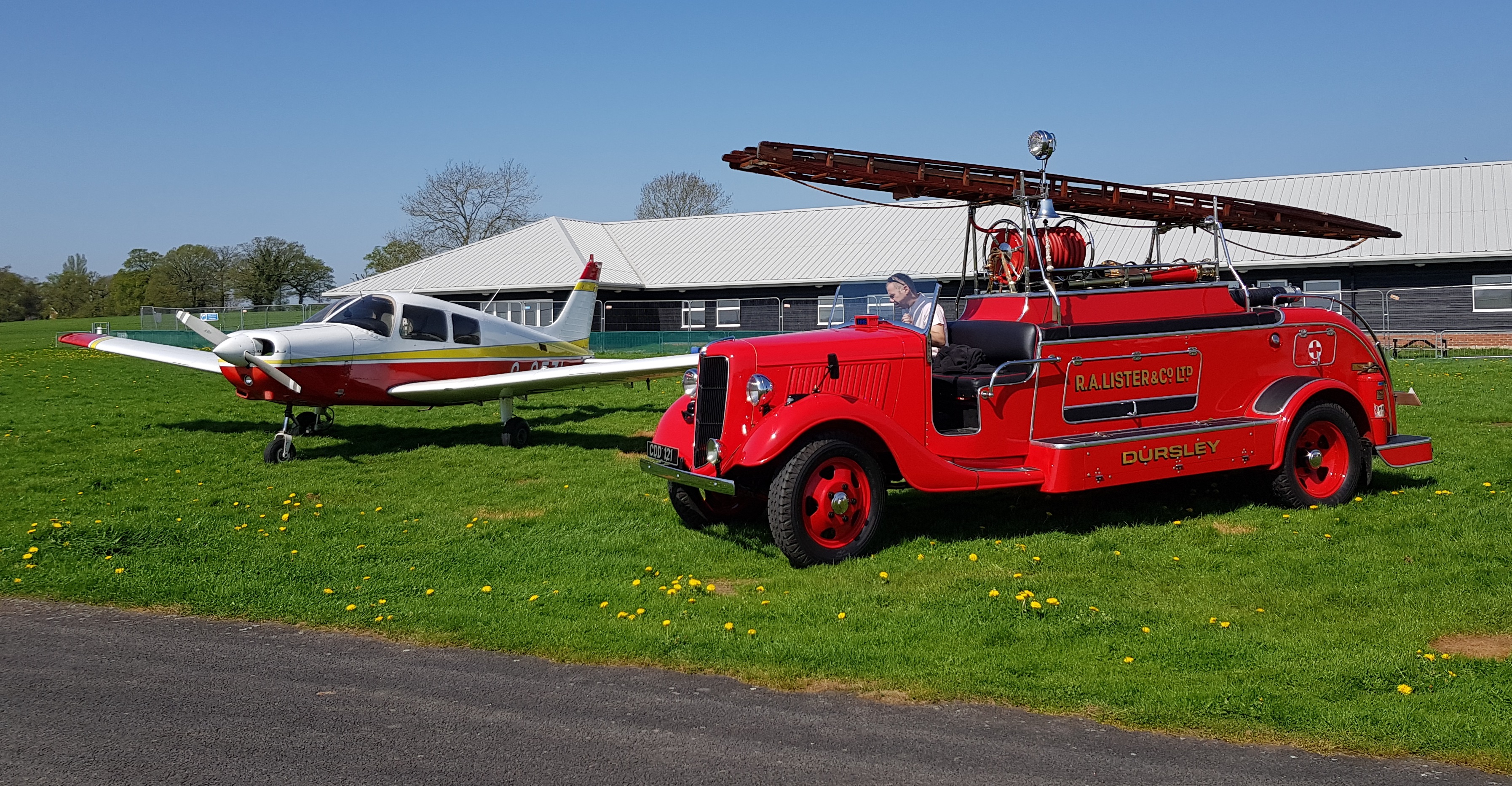 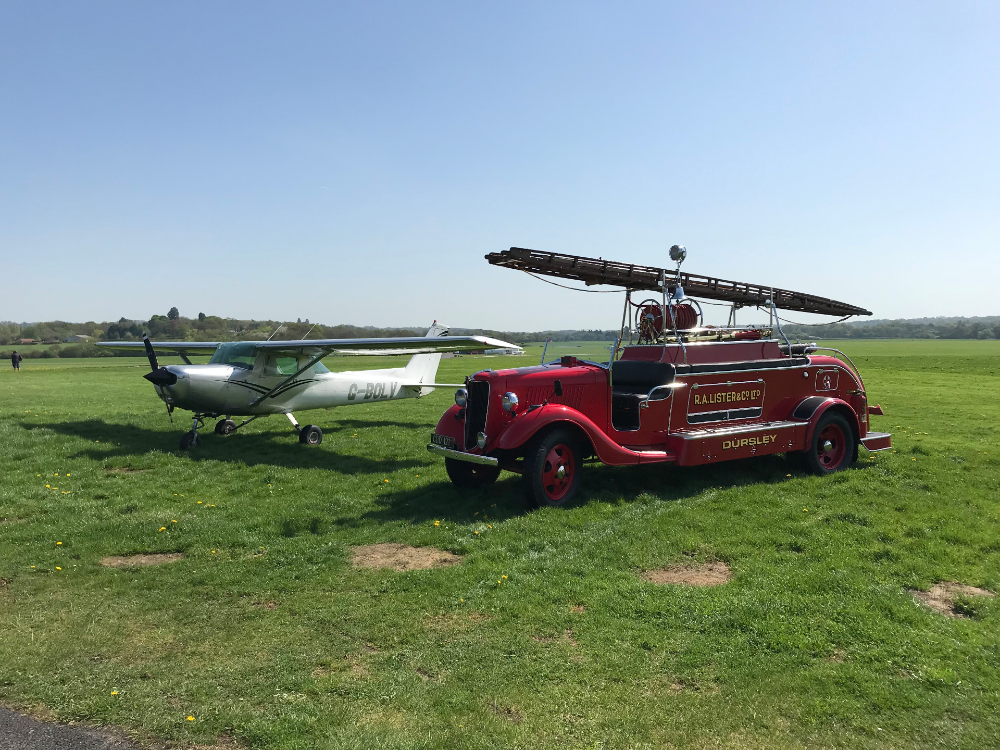 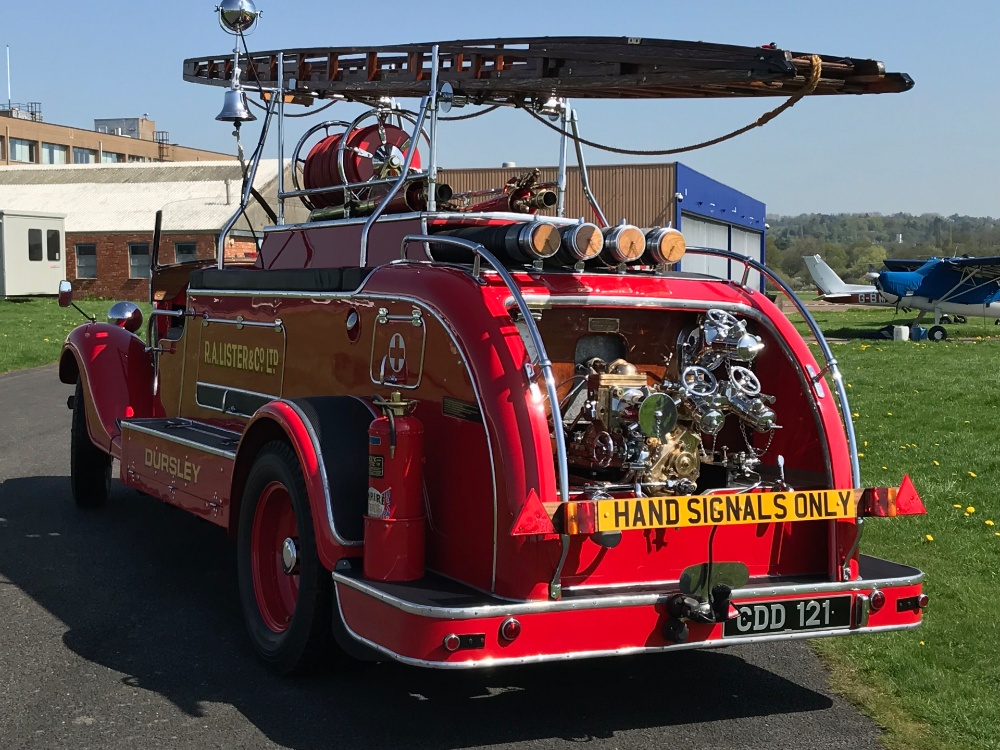