For the QXC, students must fly a minimum of 150NM solo and land at two other airfields before returning to Redhill. Today Zoltan flew our Cessna 152, G-BOYL, and his route took him from Redhill to Earls Colne – his first landing destination.

After landing safely on the grass runway 24 at Earls Colne and enjoying a well deserved cup of tea, Zoltan then set off for his next destination, Lydd. This leg involved flying overhead Southend Airport and Zoltan was given an unexpected routing to fly via Sheerness but had no problems locating the town and then flying onward to Lydd (making sure he carried out a 45 degree dogleg around Challock Gliding Site). The landing at Lydd was on the large tarmac runway 21. It was very windy – 18 knots – but fortunately the wind was blowing nearly straight down the runway.

After another refreshment break at Lydd, Zoltan then made his way to back to Redhill via Lamberhurst and Bough Beech Reservoir. 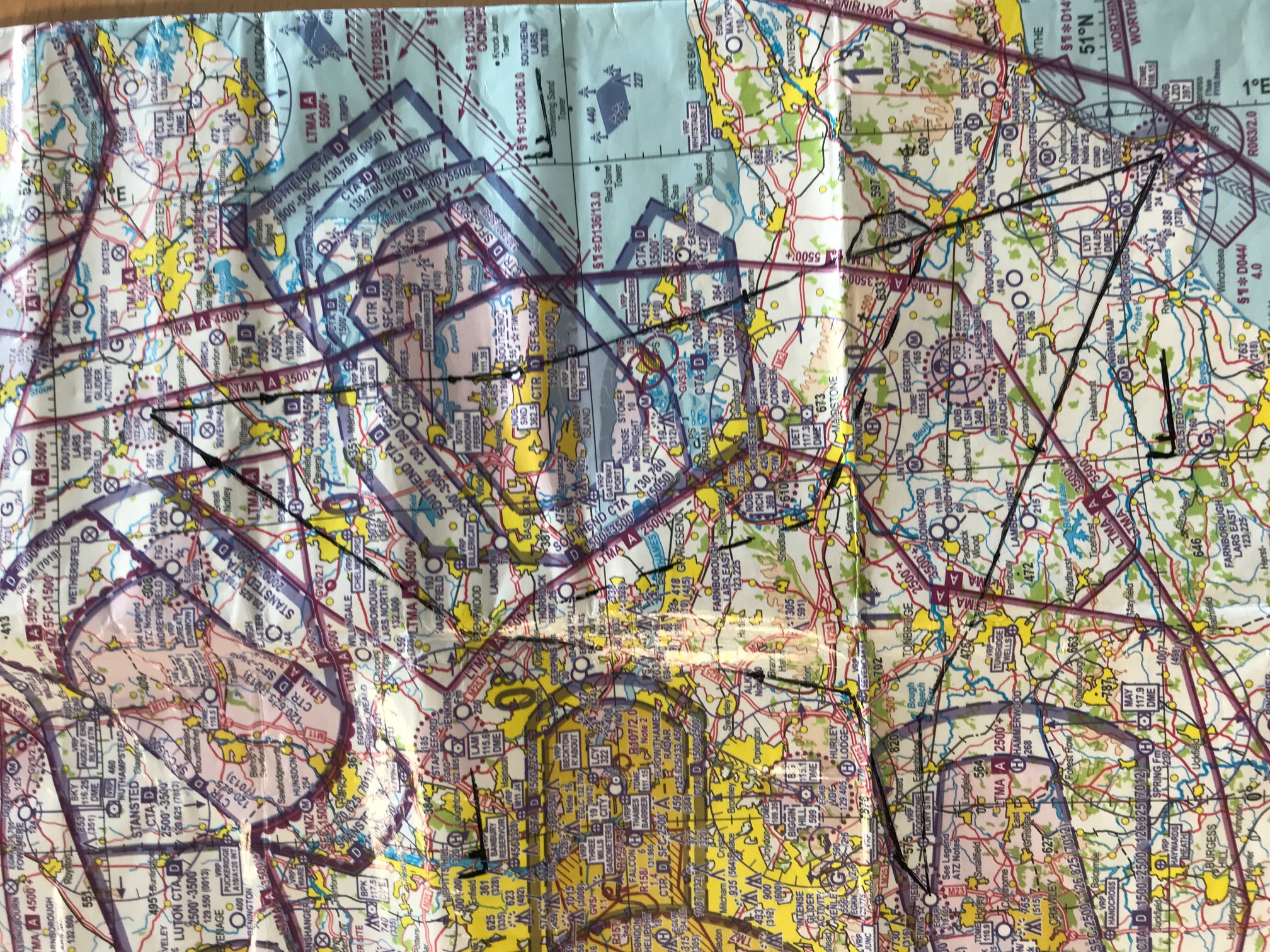