Tony is a retired Air Traffic Controller who decided that now he has a little more time, he wished to renew his lapsed Private Pilot Licence.

Tony originally obtained his PPL some years ago, and in the intervening years there have been several changes to EASA regulations. This meant that he needed to retake his Air Law theory exam. Tony also took the Human Performance & Limitations theory exam, plus Operational Procedures as these two exams were not part of his original syllabus.

After a period of retraining and several weather-delayed days, Tony took his skills test today with Laurance, our in-house examiner. Even this morning, the ever-changeable aviation forecast looked like another delay may be forced on Tony – but after an early lunch in the Pilot’s Hub Café, the weather improved and the test was completed mid-afternoon in almost perfect conditions.

Although Tony can now legally fly on his own, he will now have to wait (very) patiently for the CAA to return his updated PPL licence.

Congratulations Captain, welcome back to the Surrey sky! 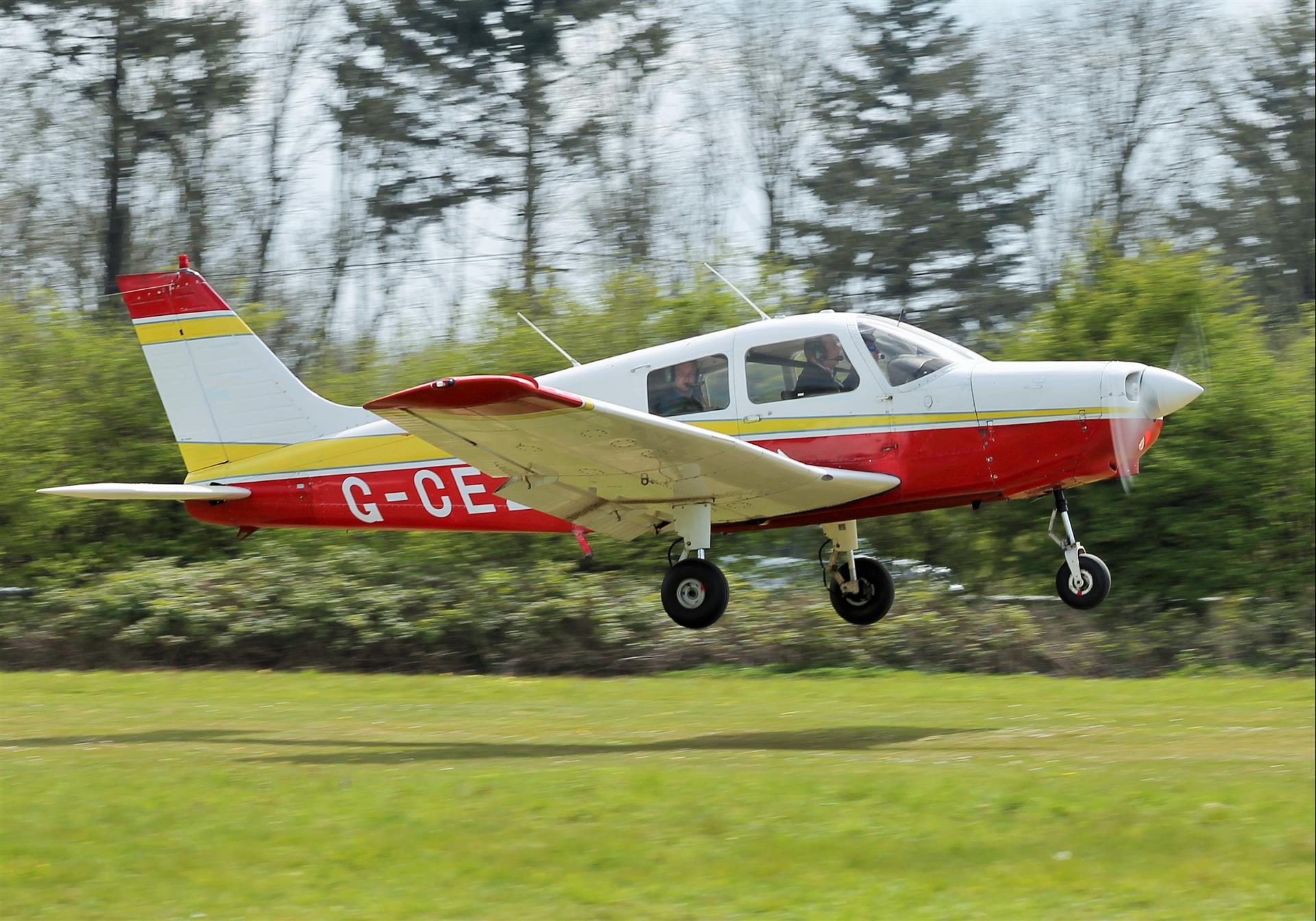