Congratulations to our student David, who flew his first solo circuit today!

David has elected to carry out his training in our 160hp PA28, G-BMUZ. Today he initially flew with instructor Laurance, to demonstrate his abilities in the circuit. In the soaring temperatures, David and Laurance took to the skies and David remained cool and calm – despite the 35 degrees outside!

After demonstrating several tidy circuits, David was soon advised to drop off his instructor. Laurance then retreated to the air-conditioned Air Traffic Control Tower to observe David's big moment!

In no time at all, David was back on the ground having successfully completed his solo circuit. This will certainly be a day to remember for David – and not just for the record-breaking temperatures! 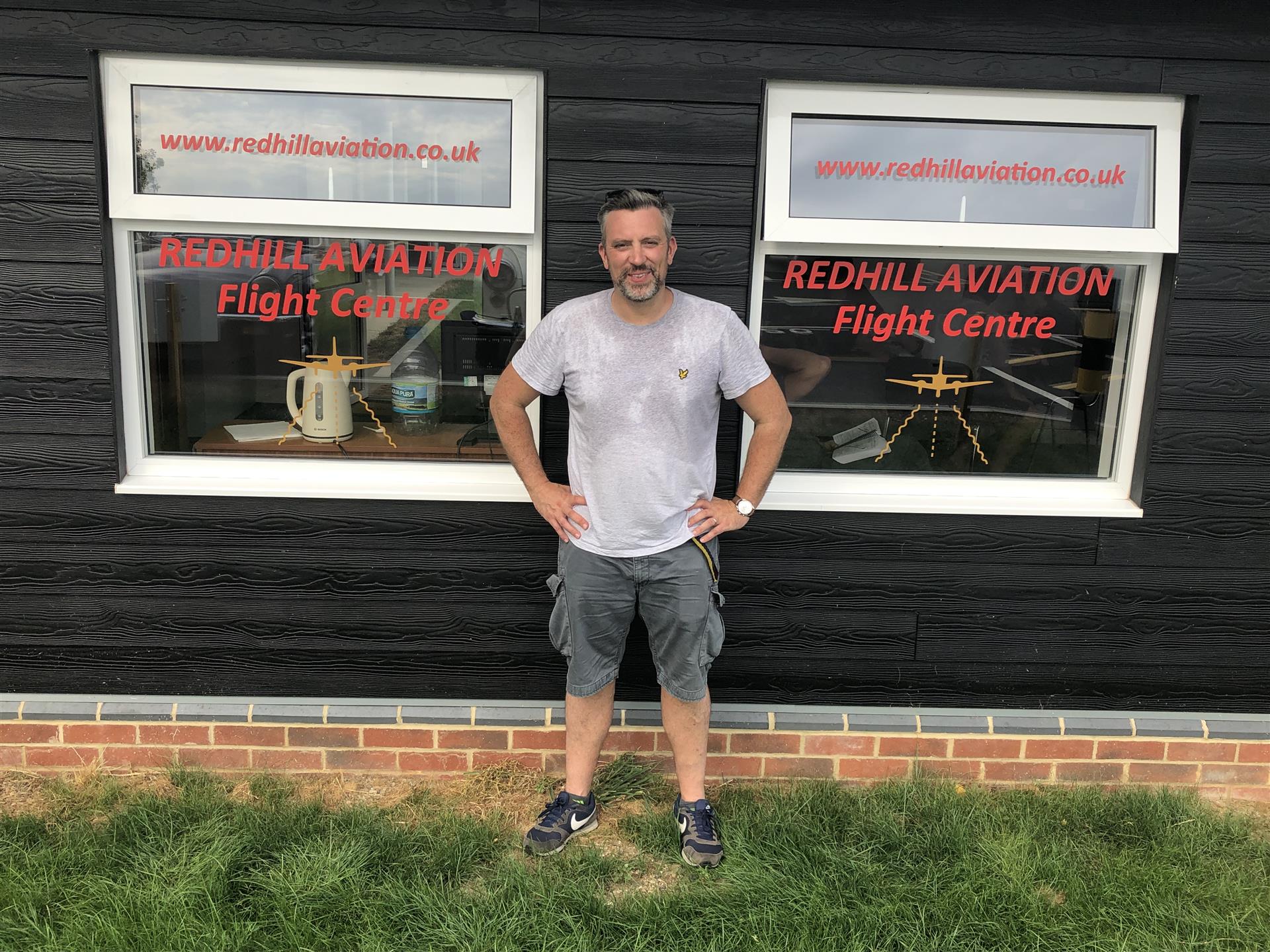