Conquering a fear of flying!

Late yesterday evening we received an email from Laura, asking whether we might be able to help her conquer a deep-rooted fear of flying. In her email Laura explained that although she sometimes does fly commercially on large aircraft, she finds the experience very distressing – to the point that she frequently has nightmares about flying.

Rather than reply by email to this enquiry, one of our friendly Ops team gave Laura a call to find out a little more, and work out how best we could assist her to face her fears.

Laura was grateful for our personal touch and explained that her fear of flying was starting to cause difficulties with her family and although she was really looking forward to going on honeymoon next year, she was worried that her phobia might spoil this special occasion for her.

We congratulated Laura on taking this first brave step forward in trying to conquer this problem, and reassured her that we would be pleased to help. While chatting to Laura, we began to understand that she appears to feel uncomfortable when travelling as a passenger on other modes of transport too, although flying is definitely the worst. Laura explained that although she has been involved in a car accident, she feels perfectly fine driving a car. We agreed that this was probably because she felt "in control" but it also gave us a clue as to which aircraft to suggest for Laura. We decided that our 4 seat PA28 would be the best one to choose – firstly because it would feel a little more like a car's cockpit and secondly because once in the air, it would feel more stable for her. 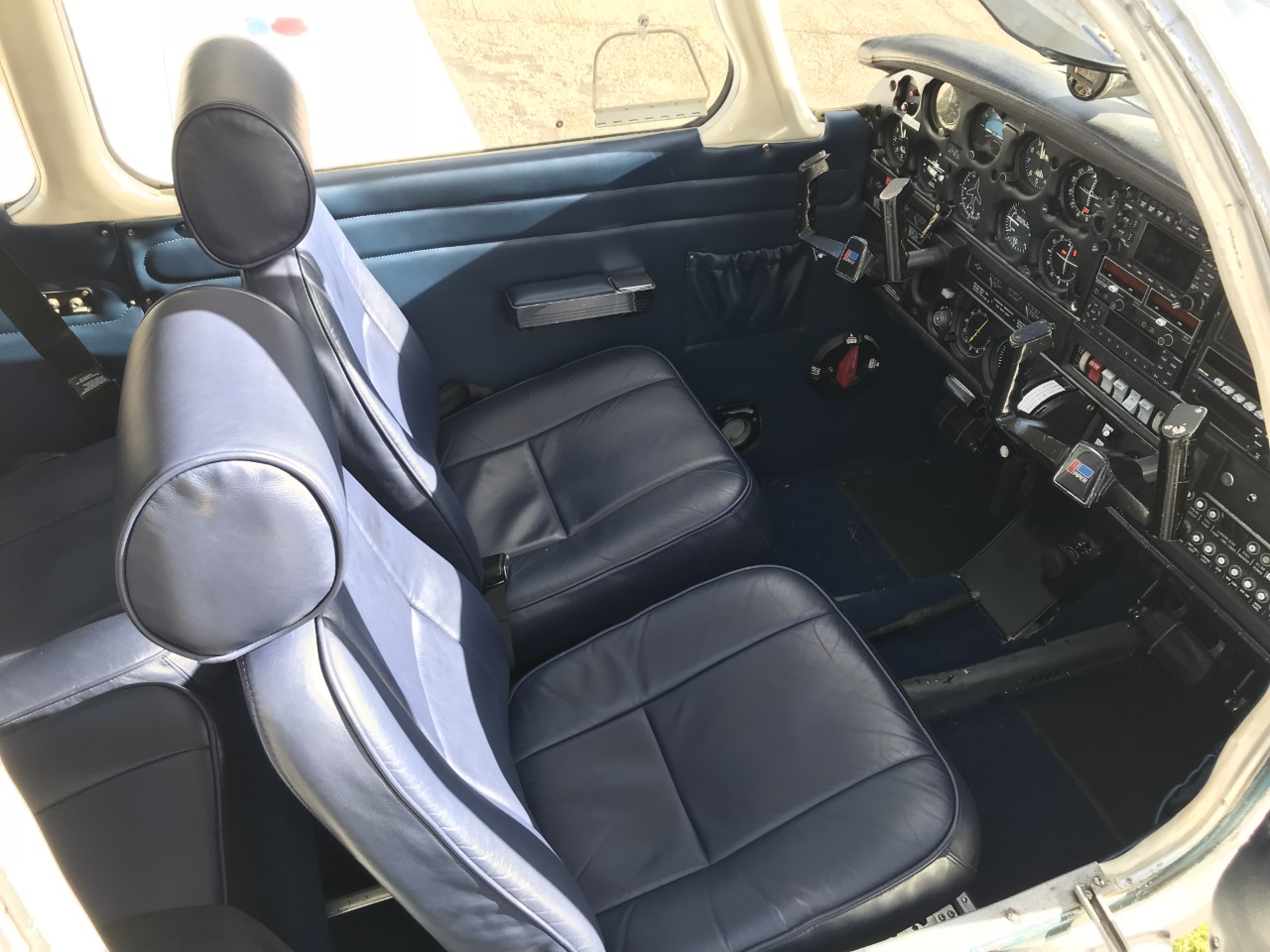 Rather than give Laura too much time to start worrying about her visit to us, we suggested that she come along after work today so that she could have a look at the aircraft without the pressure of going flying. Laura was keen to do this and so we agreed that we would show her around when she arrived.

We chatted with our instructor Laurance about Laura and he offered to spend time giving her a briefing about flying generally so that she had a better understanding about what was happening during a flight. He also suggested that it might be a good idea to show Laura how to "taxi" an aircraft, so she could have the opportunity of being in control of an aeroplane without the stress of an actual flight.

When Laura arrived we suggested our plan and although nervous, she was keen to go ahead. Laura received a detailed briefing from instructor Laurance about the general principles of flying before being invited to sit inside the aircraft and try it for size. Once he was sure that Laura was completely comfortable inside the aircraft, instructor Laurance started the engine – explaining what was happening throughout. He pointed out all the various instruments and described their function. Laura remained calm but admitted feeling a little nervous – however she remained determined to go ahead with taxiing the aircraft.

Laurance called Air Traffic Control to ask permission to taxi the aircraft around the perimeter of the aerodrome, remaining on the taxiway throughout so that the movement was nice and smooth for Laura. With permission granted, they set off and Laurance demonstrated to Laura how to steer and stop the PA28 with her feet. In no time at all Laura was expertly guiding the aircraft around the aerodrome, while Laurance remained in control of the throttle.

Laura returned with a huge smile on her face and couldn't wait to mark the moment of her big achievement: 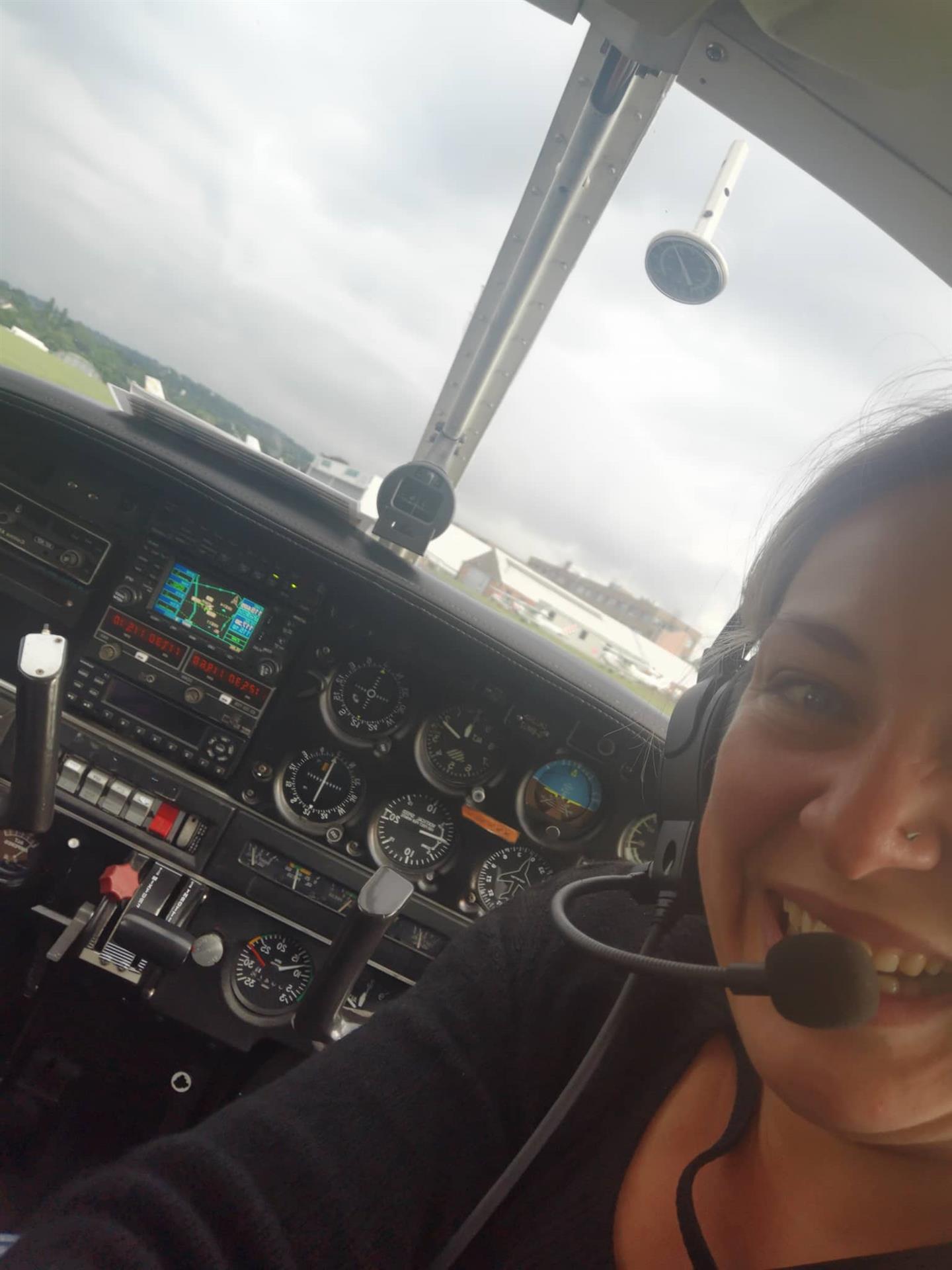 Laura said that she now felt ready to try flying, which is a huge leap forward already! She immediately booked a further session, so we suggested an evening slot when the conditions are generally calmer. The plan is to try a very short flight, so that Laura is reassured she can return to the aerodrome in just a few minutes. Laura can then build up her exposure to flying at a rate she feels comfortable with.

Laura has kindly allowed us to share her story, so that we may encourage others who may have a phobia of flying to finally face their fears and perhaps find themselves in an aircraft with a smile as big as Laura's! 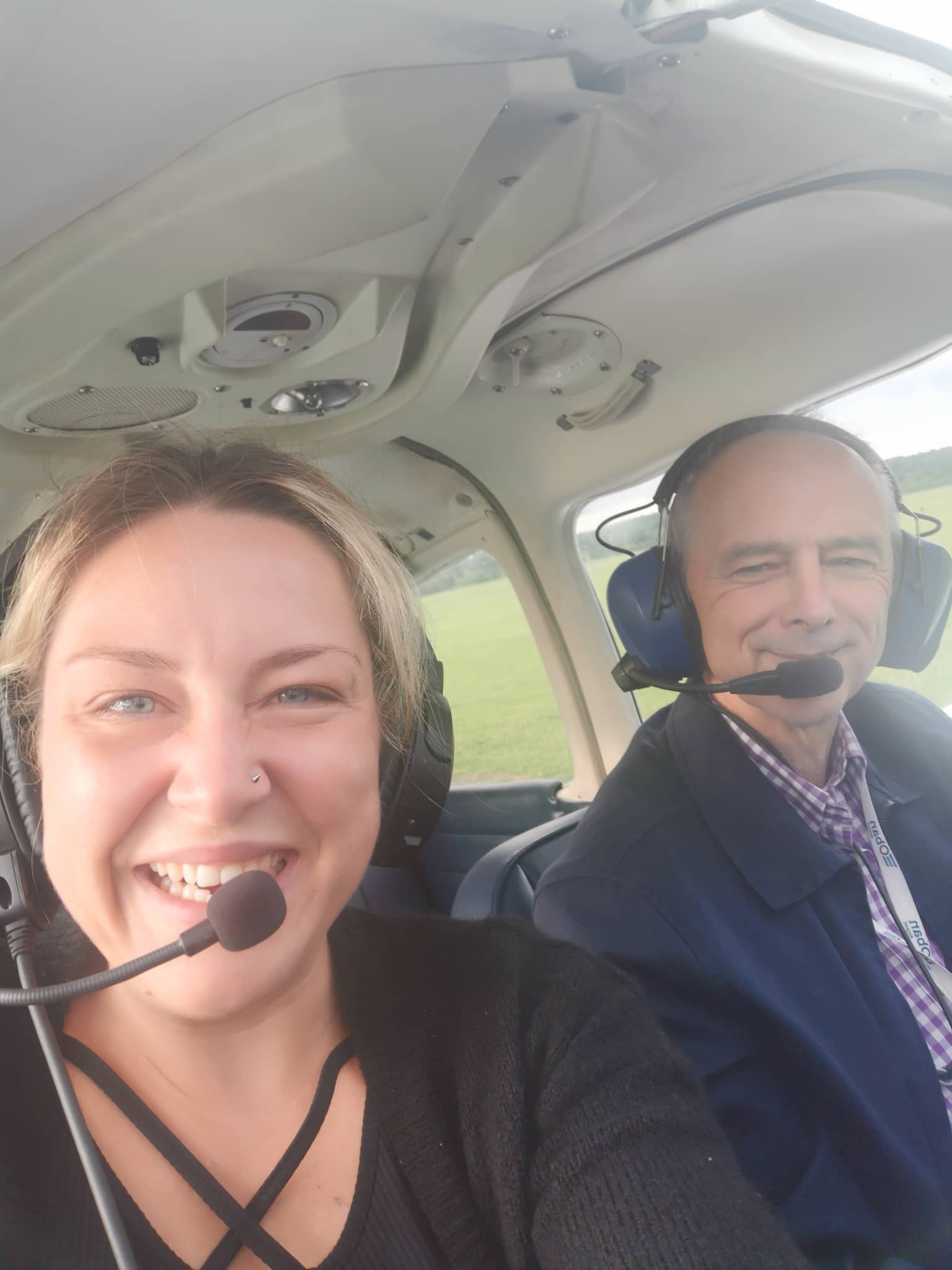