HUGE congratulations to our student Jack who passed his PPL Skills Test today! Jack achieved this milestone in just over the course minimum requirement of 45 hours and in under a year.

Today Jack flew Cessna 152, G-BOYL (aka "Susan") on this bright but breezy November day. Jack flew with our in-house examiner, Laurance, who first of all tested Jack on his navigation skills to the east of Redhill Aerodrome (including a diversion which was planned in-flight). After successful completion of this element, Jack was then put through his paces with the general handling section of the test. This included steep turns, stalling, practice forced landings and a simulated engine failure after take-off. Jack was also tested on some instrument flying, to simulated inadvertent entry into cloud.

On return to Redhill, Jack then had to demonstrate several circuits in various different configurations – normal (with flaps), flapless and finally a glide approach to land.

Jack has been a committed student, who has travelled to fly with Redhill Aviation all the way from the Cotswolds! He now plans to continue with his flying and hopefully have a future career in commercial aviation. 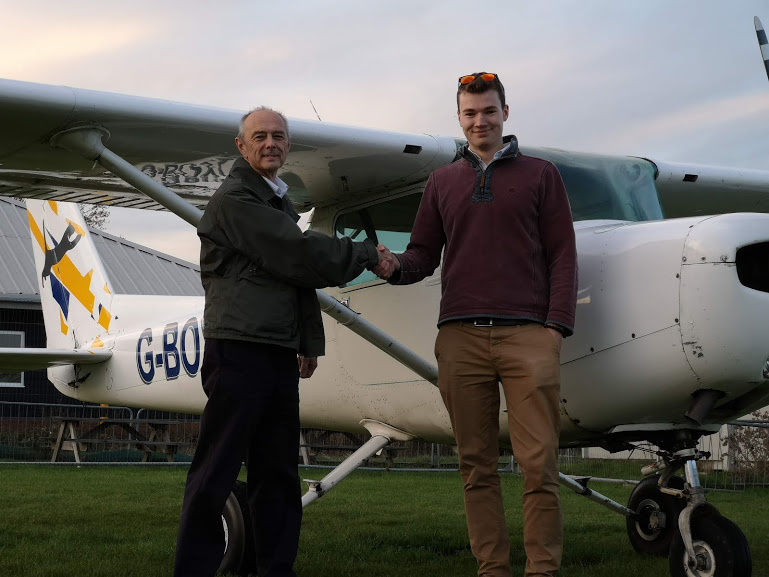