Watch Episode 4 of Skies Above Britain on BBC2: 7 September at 8pm

When Speed Counts Episode 4 of 5

Racing champion Martin is a member of the oldest flying club in Britain, the Royal Aero Club. He is preparing to compete for the Schneider Trophy, where 14 pilots will fly wing to wing around outlying islands in Alderney in the Channel Islands. The hair-raising race attracts an eclectic mix of pilots, from Geoffrey, a baron, to dentist Roger, who has bought his first plane especially for the race.

Cargo pilot Mark flies solo from the Isle of Man to Dublin to East Midlands daily in his Piper Navajo plane, delivering anything from fresh flowers to human remains. His schedule is so tight that even during bad weather he must cross the Irish sea.

East Midlands Airport is the cargo hub that connects the whole of Britain to the world beyond. A hundred and fifty thousand parcels run through DHL's warehouse each night. Graham, a senior sorter, must make sure his team can respond when a crucial conveyor belt breaks down, while senior loader Tony Parkinson works against the clock to load thousands of parcels onto cargo flights.

If you missed Episode 1, it is currently available on iPlayer here.

If you missed Episode 2, it is currently available on iPlayer here.

If you missed Episode 3, it is currently available on iplayer here.

Can't wait? Here is a short clip from tonight's episode showing competitors taking part in the Schneider Air Race around the beautiful island of Alderney (around an hour's flight time from Redhill Aerodrome!). 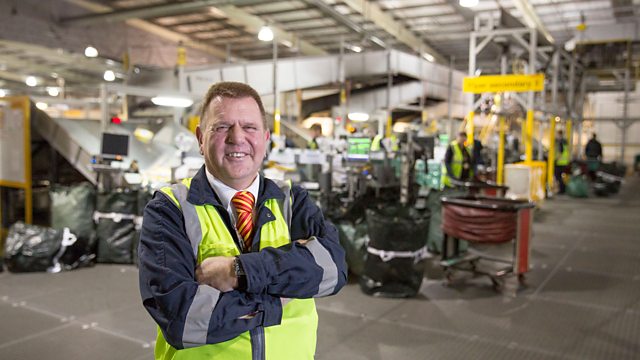