Luca and Pablo initially weren't sure whether to learn to fly in the UK or Spain. Not only was the British weather a concern, but also the language. However, they both feel lucky to have made the decision to fly with us at Redhill Aviation, here in (sometimes) sunny Surrey!

Six months into their PPL courses, Luca and Pablo not only feel that they have learned a great deal about flying and the different weather conditions which we experience in our maritime climate, but they have also been able to improve their English skills at the same time.

Today dawned sunny and bright for our intrepid aviators – with clear blue skies and the 2,000' wind forecast at 135/20 knots. Before setting off, the boys finalised their navigation PLOGs: 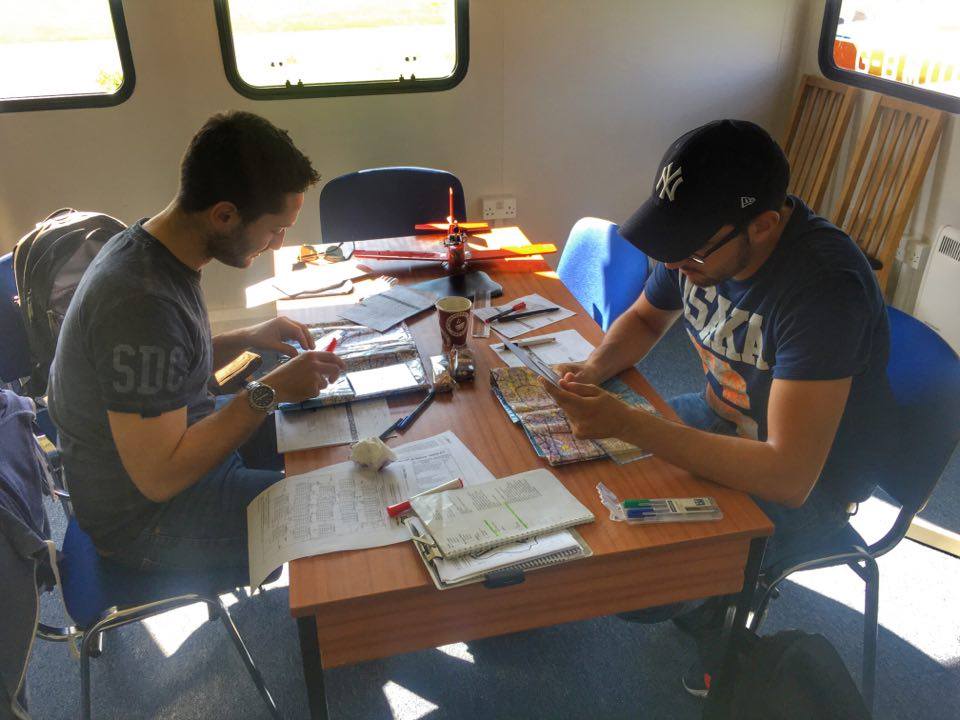 Planning complete, it was time to prep the aircraft. Pablo and Luca are both learning in Cessna 152s, and today they flew G-BOLV and G-BOYL: 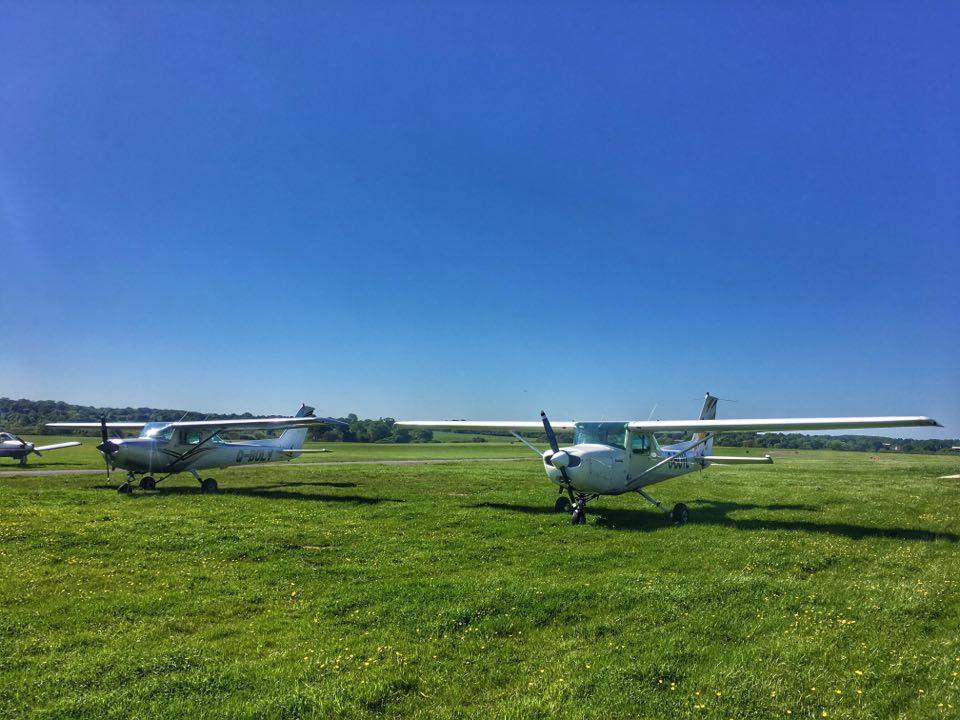 The boys were soon ready to set off in their respective aircraft to start their adventure: 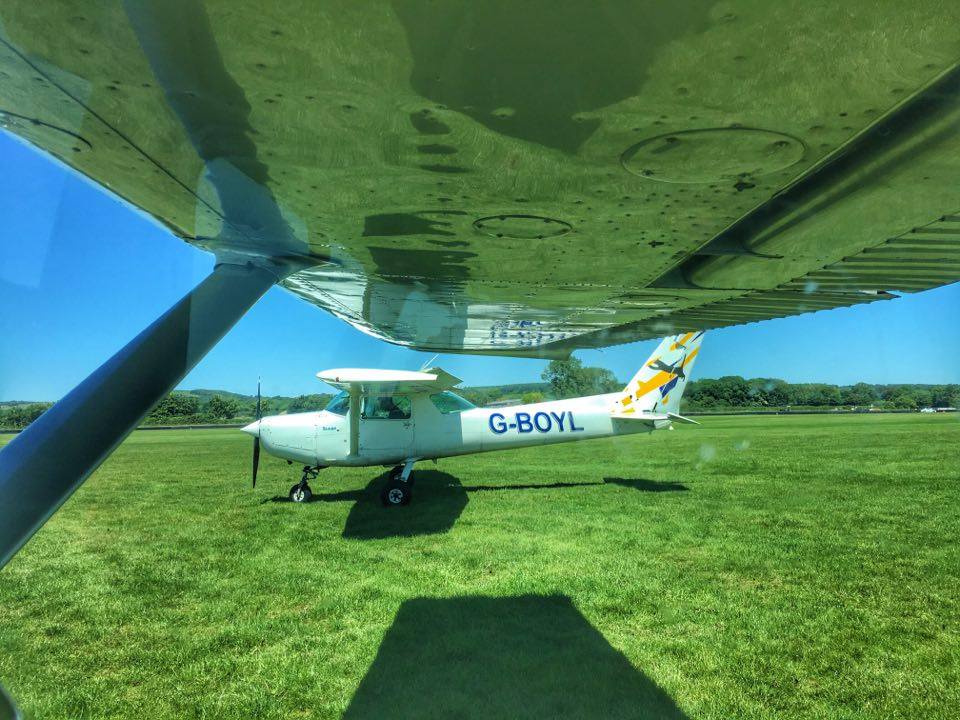 The first leg on the QXC was Redhill – Thruxton. The high temperatures and winds aloft made the trip a bit bumpy but with clear blue skies, Thruxton was spotted in good time. After each performing an overhead join, Pablo and Luca landed on Runway 12 (a right hand circuit). 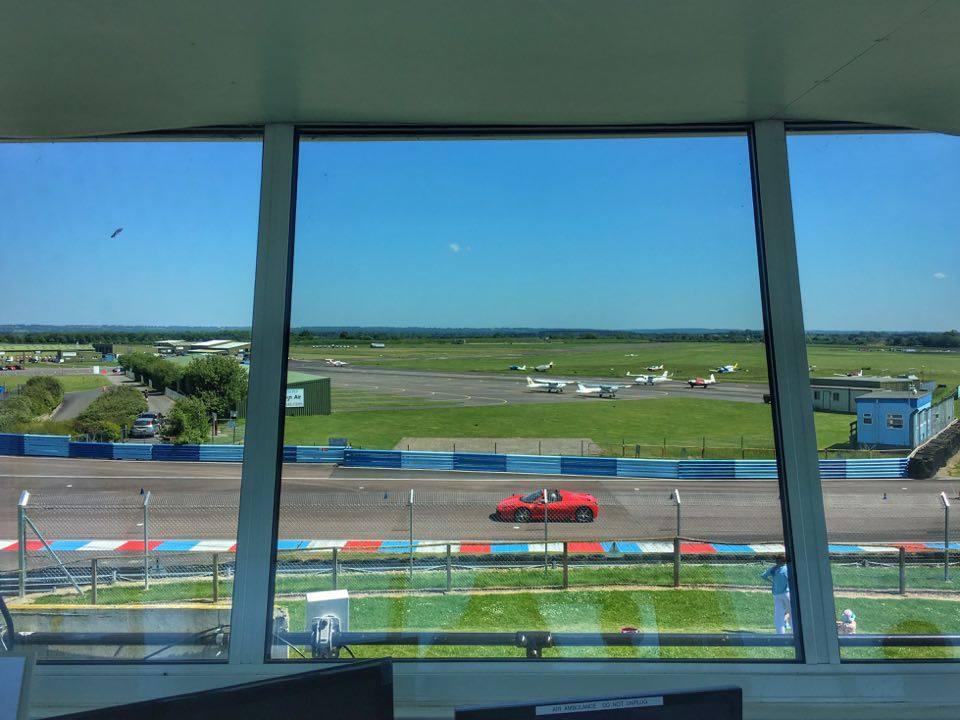 After getting their QXC record sheets signed (and enjoying the view from the tower over the racing circuit at Thruxton), Pablo and Luca headed off for their next leg to Goodwood. 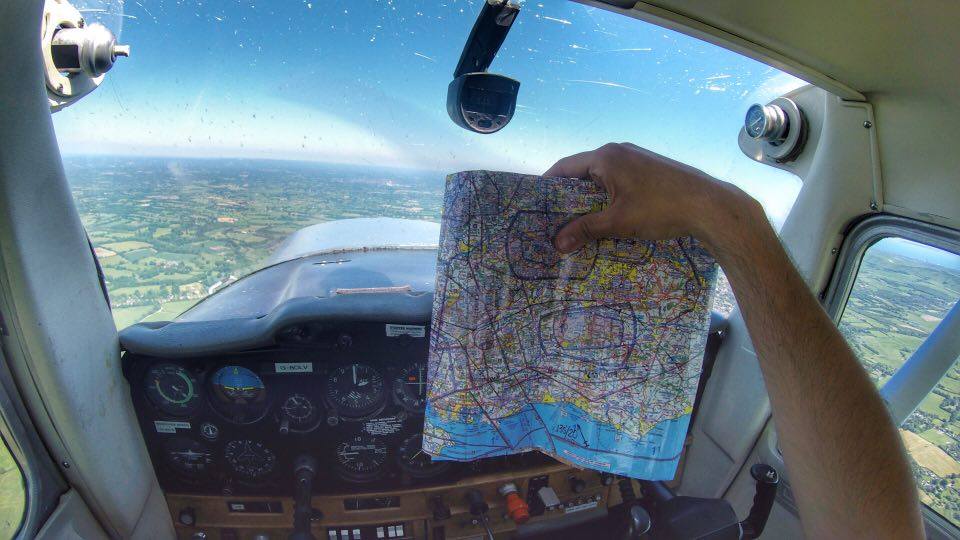 This time, it was an overhead join for a left hand circuit, to land on Runway 10 at Goodwood: 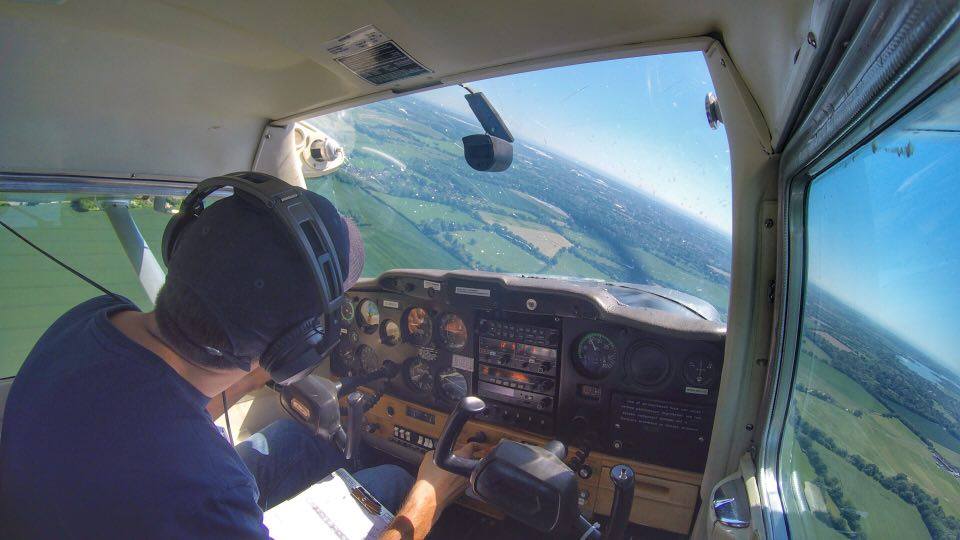 The friendly chaps at Goodwood issued both student pilots with gold stars on their QXC record sheets for good landings! All too soon, it was time to return to Redhill, but not before admiring some of the beautiful aircraft on display at this lovely aerodrome: 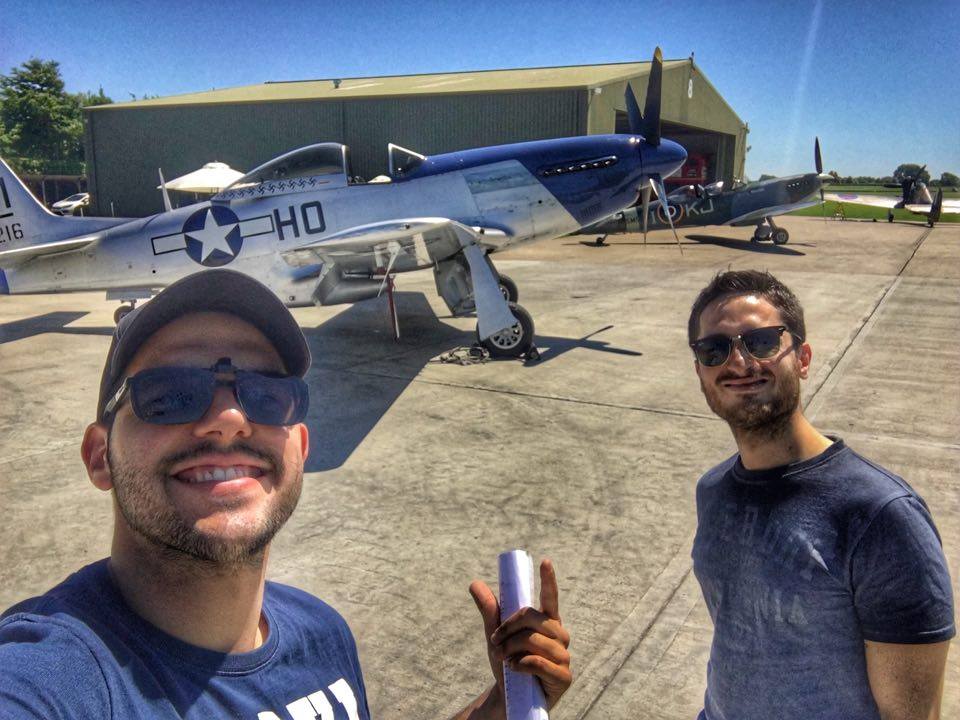 On the return leg from Goodwood to Redhill, Pablo and Luca noticed how much busier the frequencies had become. When calling Farnborough, there were three other pilots "standing by"  as so many people were flying on this beautiful day!

The boys completed their final leg back to Redhill without any difficulties, and this time landed on Runway 08L.

Over 150 nautical miles flown solo each, and a successful day out for our students.

The last comment comes from Luca himself: "Thanks to Redhill Aviation and the all the instructors we achieved this little target, looking forward for the next!"