Robert began his CPL training with us just four weeks ago – for a structured and intensive course with our CPL instructor, Laurance.

The CPL test must be completed on a "complex" aircraft. This means that it must have both retractable gear and a variable pitch propeller. Our Piper Arrow G-EDVL fits the bill perfectly and makes a great platform for this sort of flight training. Robert very wisely decided to carry out all of the training on the Arrow so that he was completely at home in the aircraft in time for the test.

Robert quickly got to grips with the Arrow's extra speed and additional features and in no time at all was being put through his paces by instructor Laurance! 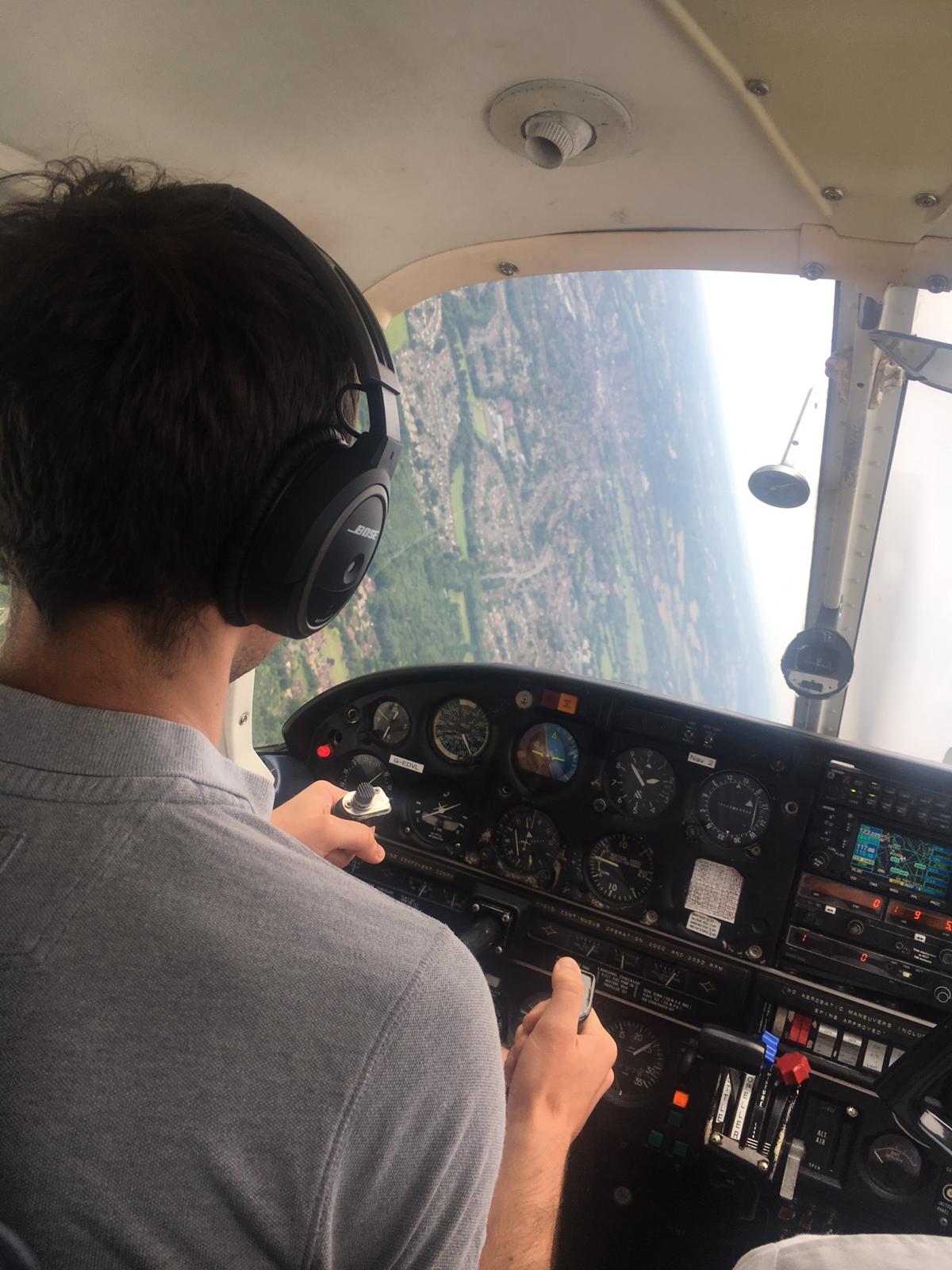 The CPL course is simply a more demanding version of the PPL course, as well as including an element of instrument flying. Tolerances are much tighter and accuracy, as well as the highest regard for passenger safety and comfort at all times, is paramount – after all, a Commercial Licence allows pilots to earn money from flying. For this reason, pilots are expected to demonstrate a higher level of planning and decision-making skills.

Robert was a diligent student throughout his course and after just four weeks, was ready for his test.

Below, Robert describes the big day in his own words, as well as his thoughts on his training generally:

"Having kept a beady eye on the weather forecast all week, I arrived at Redhill bright and early to give G-EDVL a thorough pre-flight prior to the CPL examiner arriving for the day’s testing. I turned the corner, ready to see the Arrow silhouetted against the sunrise, yet, much to my horror, the aircraft was nowhere to be seen. I tried all the usual tricks: pinching myself, rubbing my eyes, checking where I last left it, etc – but to no avail. It came to light a little later that it had, in fact, just been in for its 50 hour check, and not stolen, much to my relief.

The skills test itself was certainly challenging, with the examiner putting both the aircraft and me through our paces; the “highlight” of the test being a simulated engine fire, followed by a practice forced landing, followed immediately by a simulated engine failure after takeoff on the go around!

With both the general handling/instrument portion and the enroute sections of the test complete, I was instructed to navigate back to the aerodrome for circuits. And, just my luck, I chose the busiest time of the day to rejoin for my approaches. There were planes all over the shop! A series of a dozen transmissions rocketed off like fireworks, with the poor Tower controller sounding as if he was going to explode like one! More people were stepped on in 5 minutes in that circuit than in an hour on the Tube, meanwhile I was poised on the PTT button trying to get my downwind call in, which I still hadn’t quite managed to do as we crossed the threshold! Much to my relief, as we returned to parking, the examiner gave me his verdict. The result of the day began with ‘P’ (and it wasn’t ‘partial’, thank heavens). It feels surreal to have passed my CPL skills test, with my first solo having been only a year ago!

The CPL course has been the most enjoyable section of my flying training so far, with Laurance bringing his own unique flair to the syllabus. Some of the more memorable moments include attempting 60 degree banked turns, with my skin feeling as though it was trying to leave my face to make friends with my feet. As well as a more-precise-than-standard navigation leg, which involved finding my way to Jonathan Creek’s windmill, in Shipley, West Sussex (which really should be the 8th Wonder of the World as far as I’m concerned), and Laurance pulling an especially sneaky glide approach on me, whilst downwind for 08 (which is also, conveniently, base leg for 18!). Most importantly, I feel a lot more confident in myself and my flying, and fly to a far higher standard than when I began the course". 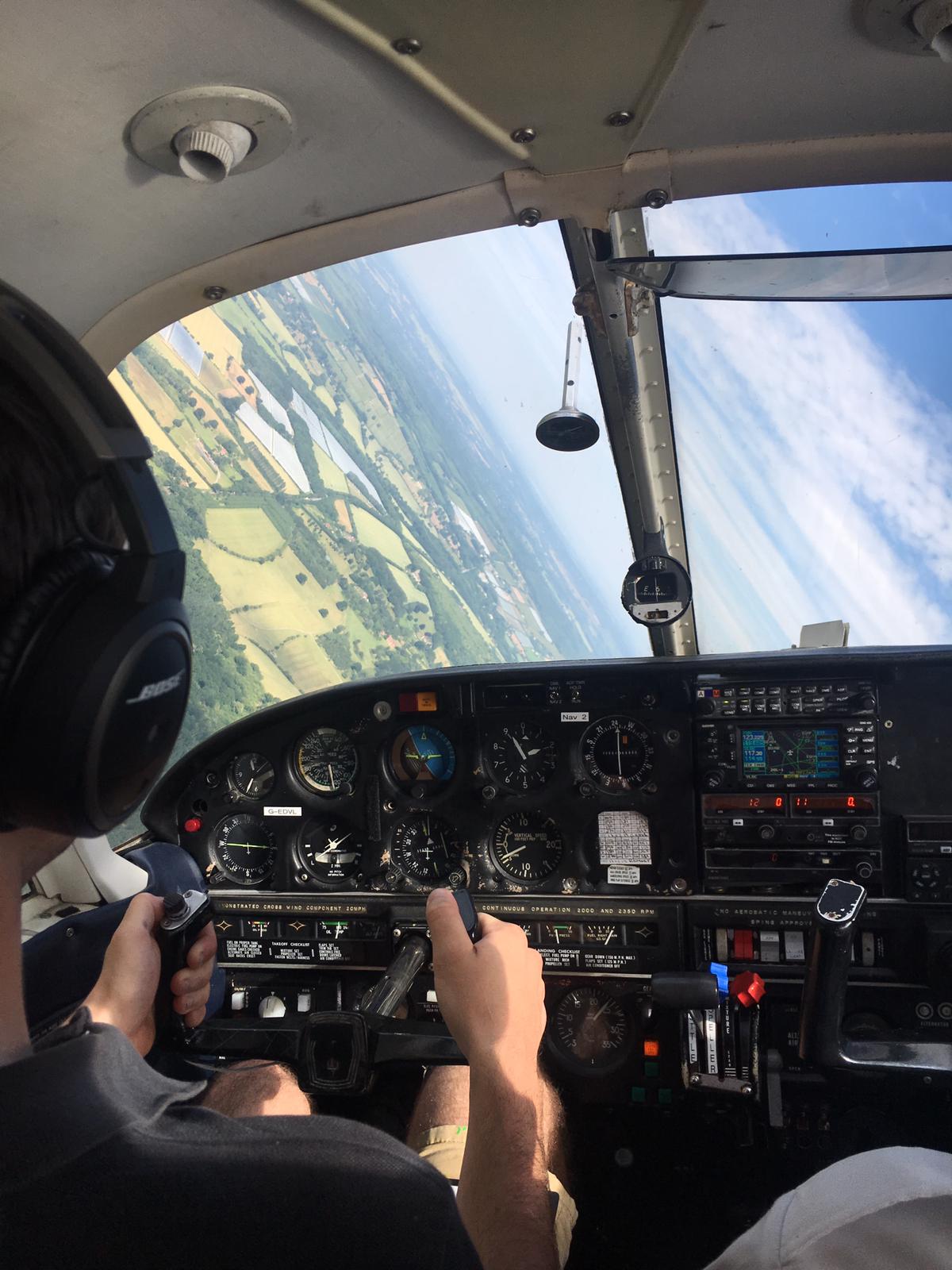 Robert, we hope your success will inspire other PPL holders to challenge themselves to step up to the next level.

Whether or not you wish to earn money from flying, the CPL course is a great way to sharpen up your skills.  At Redhill Aviation, we are able to tailor courses to individual requirements, while making a demanding course both interesting and fun.

If you'd like to find out more about the CPL course, the link to further information is here.

Congratulations Captain! We wish you every success for the future… 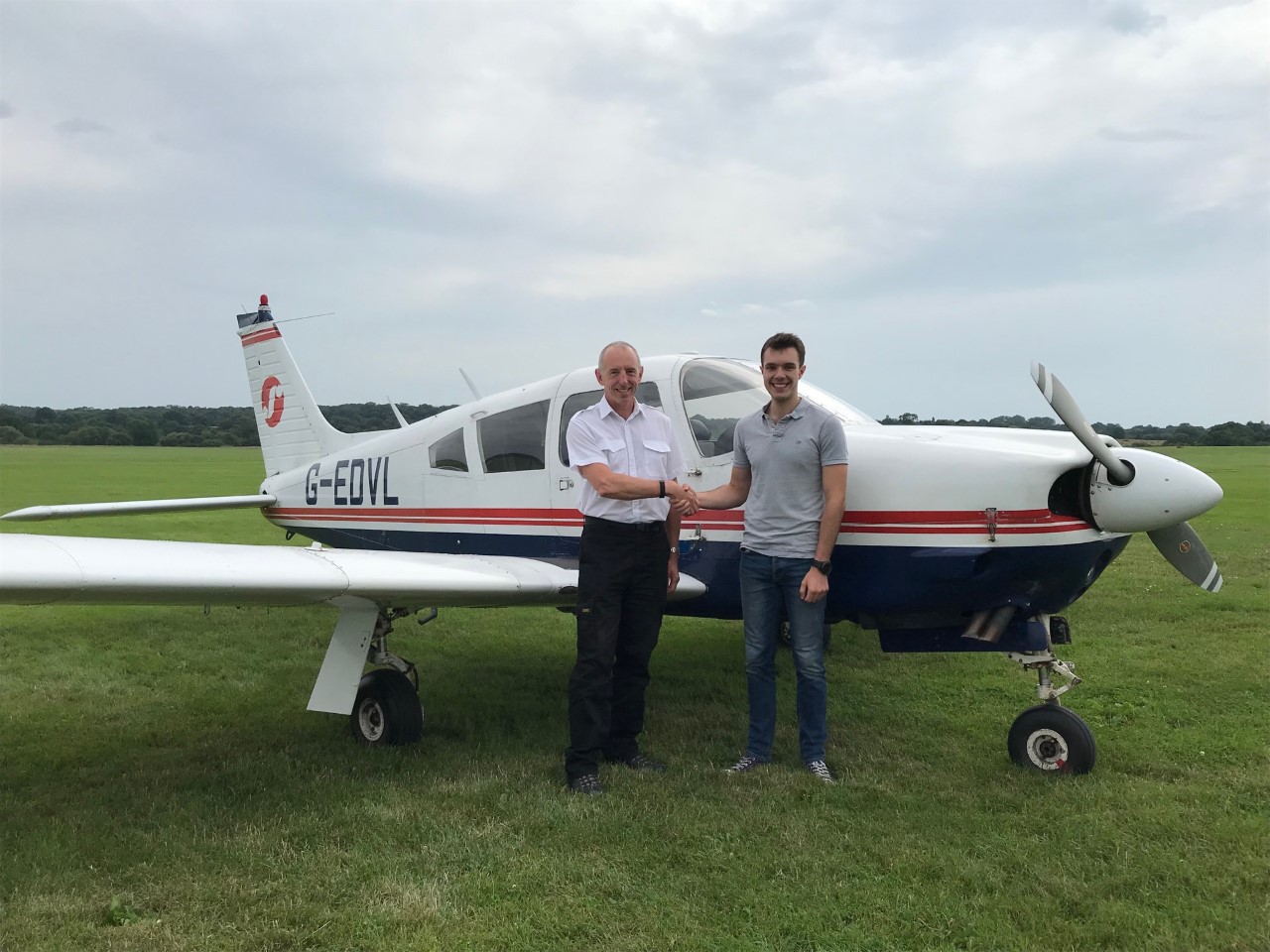