Congratulations to our PPL pilot member Paul who today successfully completed his "complex" aircraft conversion on our Piper Arrow, G-EDVL.

The eagle-eyed amongst you may remember that Paul gained his PPL with us just over 18 months ago (see here) and quickly converted from the 2 seat Cessna 152 to the 4 seat Piper Archer in order to be able to take friends and family flying too. Paul has since commenced his ATPL theory exams in preparation for obtaining his commercial licence.

Taking a break from his studies today, Paul helped Toby (our helpful Ops Manager) de-ice 'VL as the temperature was still around -3 degrees at Redhill this morning. 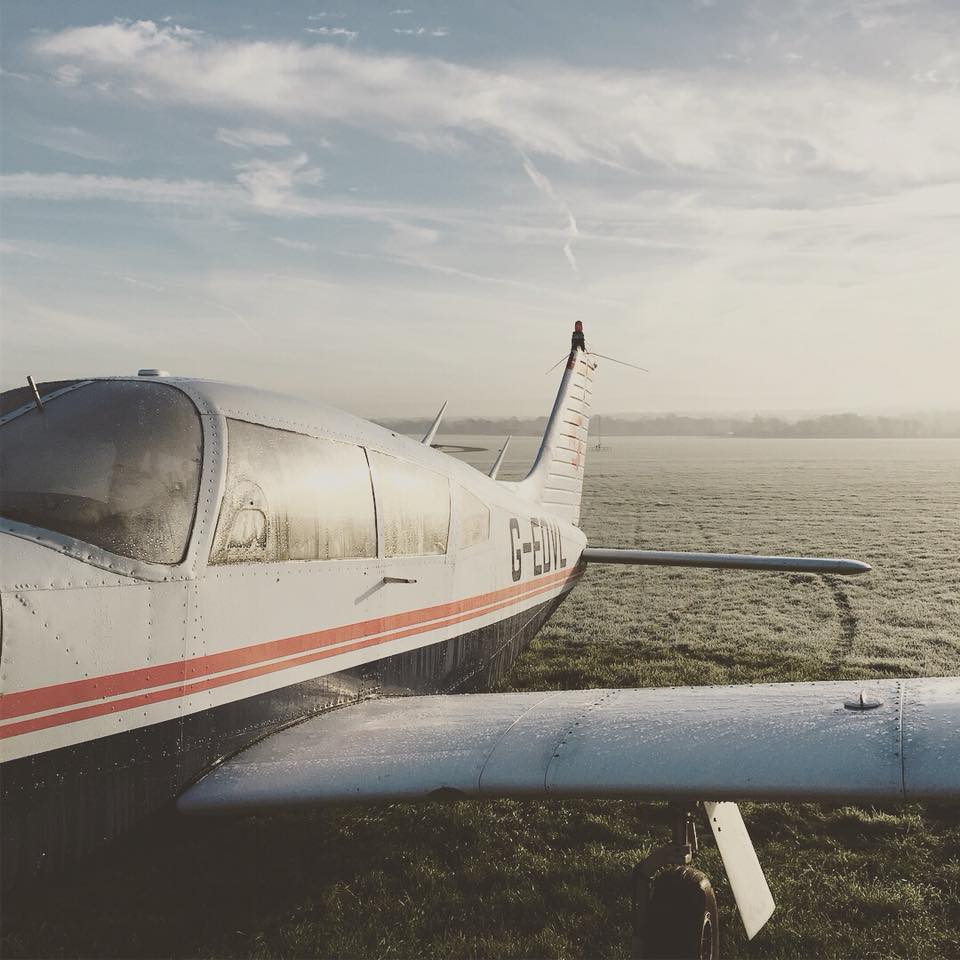 Paul was given a briefing on the operation of the variable pitch propeller and also the various undercarriage systems (including automatic deployment) as well as emergency extension. A detailed explanation of the starting procedure was also covered, due to the fact that this is a fuel-injected engine.

Once the aircraft was completely free of frost and the aircraft successfully started and warmed up, Paul familiarised himself with the extra actions now required in the power checks.

Paul quickly got to grips with the extra propeller (or "pitch") lever, noting that this governs the RPM and the throttle now alters the Manifold Pressure.

Instructor Laurance took Paul through the usual general handling drills (climbing, descending, steep turns, stalling, practice forced landing, practice engine failure after take off) before returning back to Redhill for circuit practice – including a normal circuit with flaps, a flapless touch and go, a glide touch and go and finishing with a non-standard left hand circuit on runway 25 with a glide approach to land.

Paul noted the increased rate of descent during the glide circuits, due to the increased weight of this more complex aircraft. Throughout the circuit practice, Paul was reciting the "reds, blues, greens" check on final approach (representing mixture confirmed rich, propeller to fine pitch, and undercarriage down and locked).

Paul now has the experience of flying a "complex" aircraft, which is a requirement to fly the commercial pilot licence exam. After Paul has completed his ATPL theory exams, this is the very type of aeroplane he will be required to use for the test.

Well done Paul, and good luck with your theory exams!