We are absolutely delighted to congratulate our former PPL student Henry and his fiancée Lesley on their recent engagement!

Followers of our blog will remember that Henry gained his PPL licence earlier this year after just 51 hours’ training. He has since been continuing to build his hours and experience, often whisking his girlfriend away on flights too.

This weekend’s flight was a little different though, with rather more pre-flight preparation than usual! Assisted by family “accomplices”, Henry planned to pop the question in proper aviation style, en-route to a romantic weekend away in the Cotswolds.

In fact, all of Henry’s family were in on the secret – his Mum and two younger sisters, plus one of their boyfriends, all helped to make a huge banner to be viewed from above. The banner itself came from a friend who had brought it back from a film set that he’d been working on! In Lesley’s words: “Henry has a talent for bringing big groups of people together, so it was typical of him in that sense!”

Using the field belonging to his Granny and Grandpa who live in Surrey, Henry and his family prepared the all-important question in readiness: 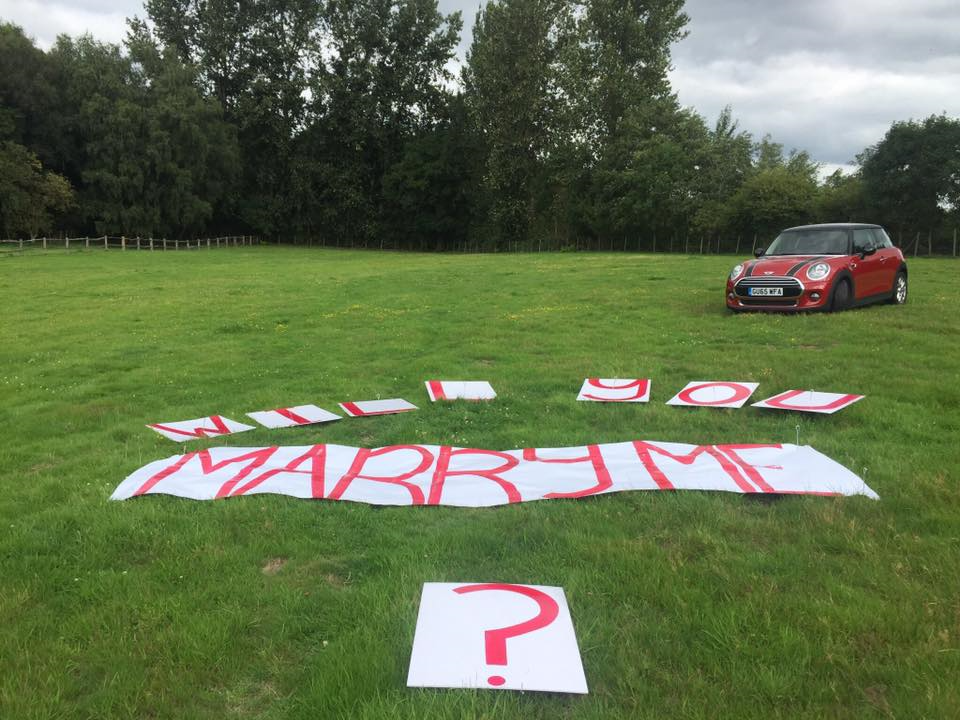 Henry’s father was “in” on the secret and flew in formation with his son in his Stampe SV4 en-route to the special location: 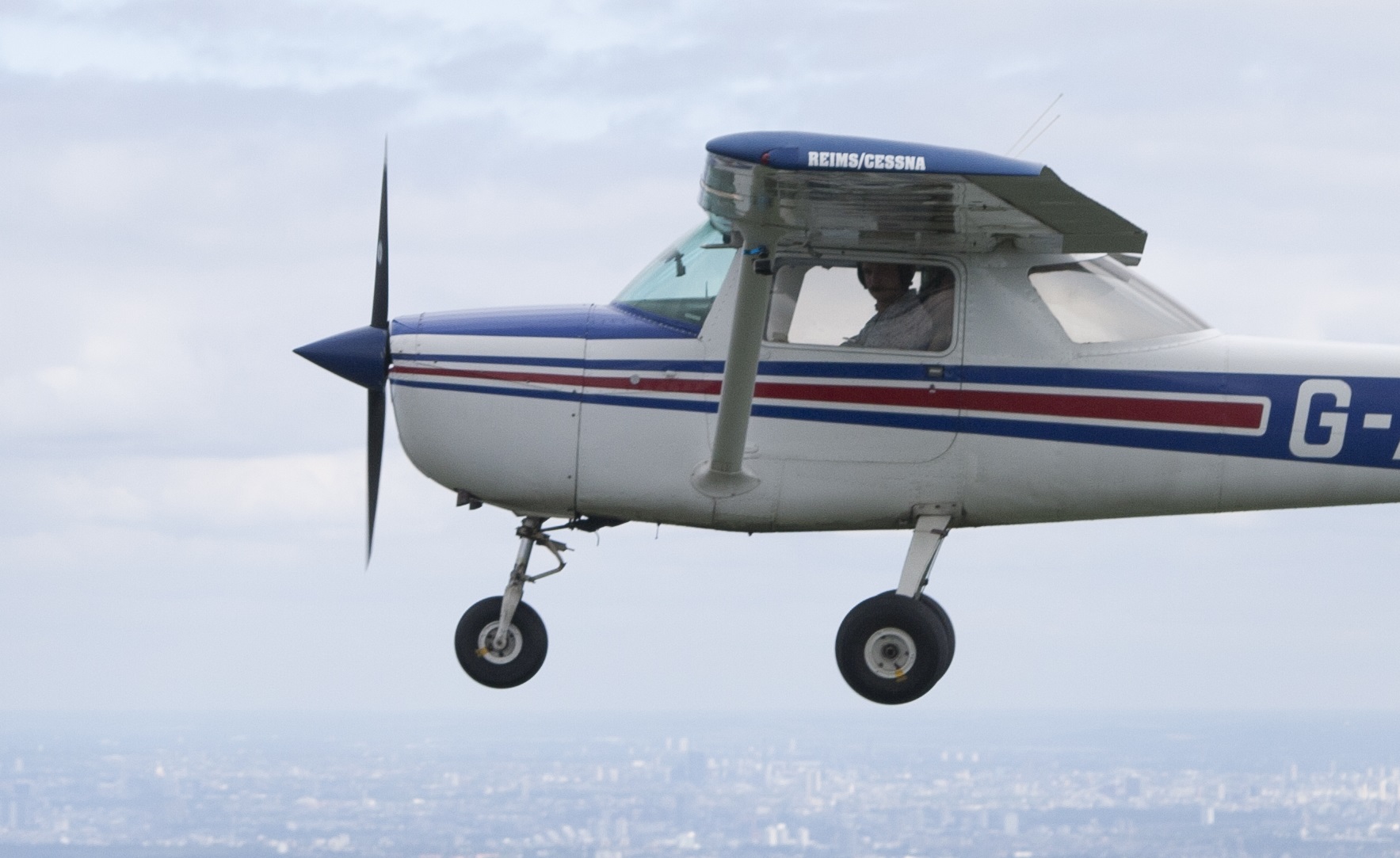 And here is the view from inside Henry’s cockpit, with the yellow and red Stampe visible just behind, on the port side: 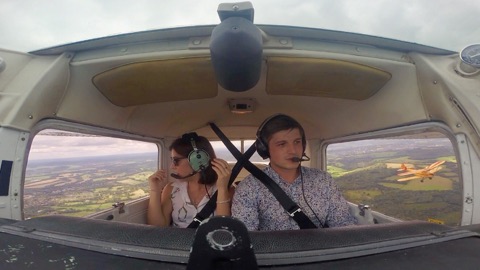 This is the sight that greeted them both on arrival overhead – fortunately Lesley was able to read the message perfectly clearly, although Henry had brought binoculars just in case! 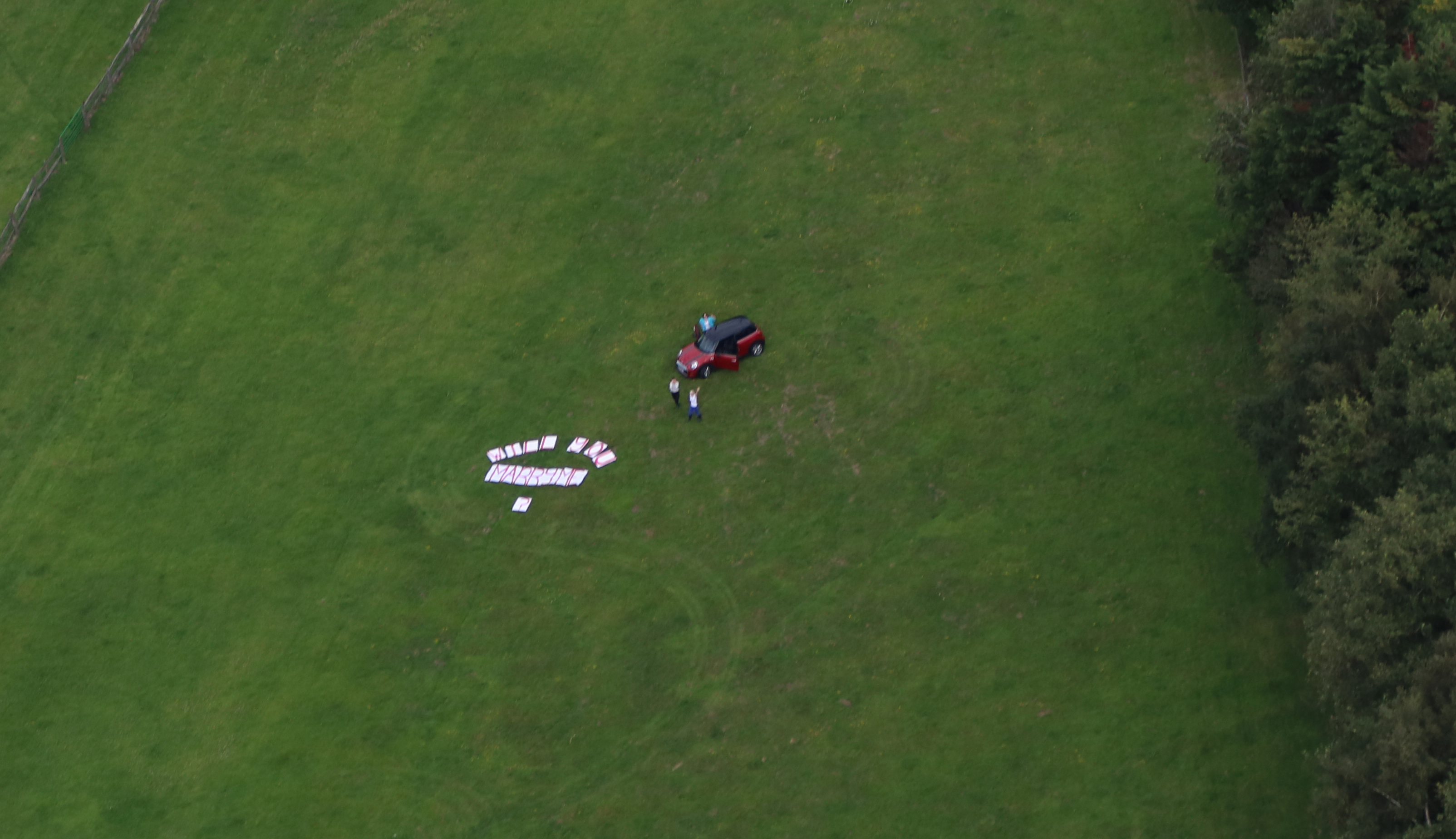 After the initial surprise, Lesley replied in the all-important "affirmative" and the couple flew on to Kemble to celebrate their engagement: 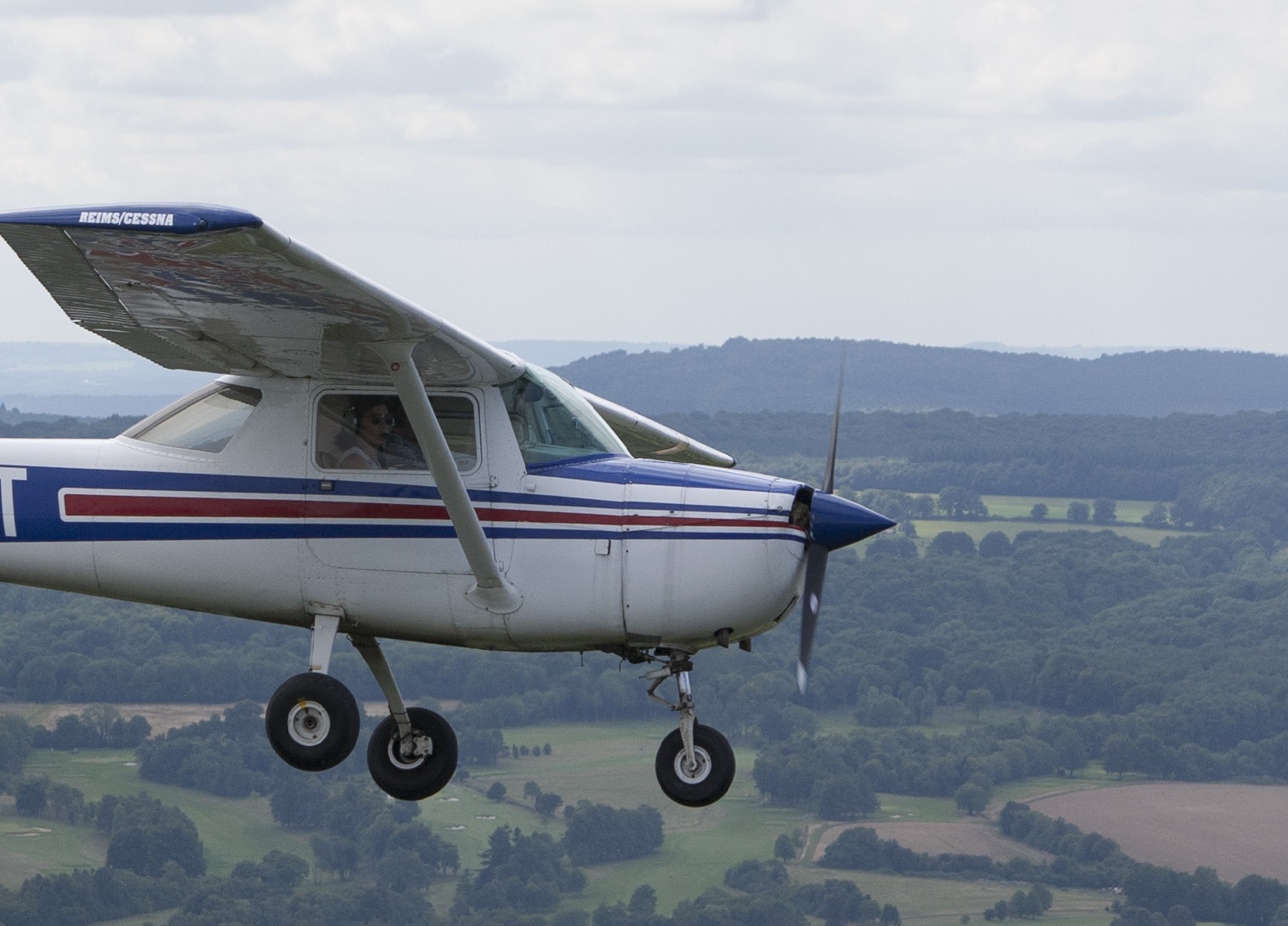 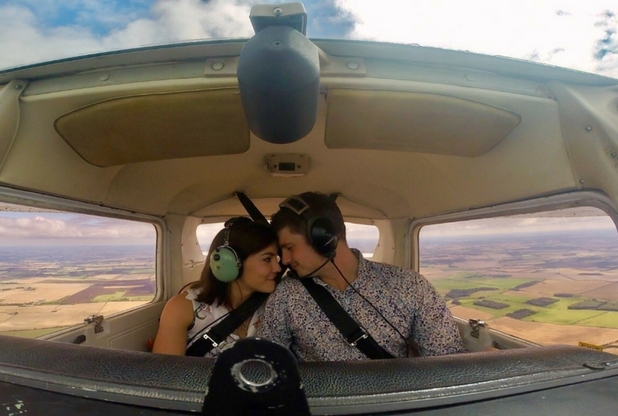 To top off the occasion, Henry had had an engagement ring designed especially. Lesley takes up the story: “The ring was made by a little old man who creates pieces out of a tiny workshop in London. He doesn't have a shop and his workspace looks like something from Harry Potter!

I think it goes without saying the pressure was really on and Henry really pulled it off, I'm very proud of him! Henry wouldn't be Henry if he didn't make things hard for himself!" 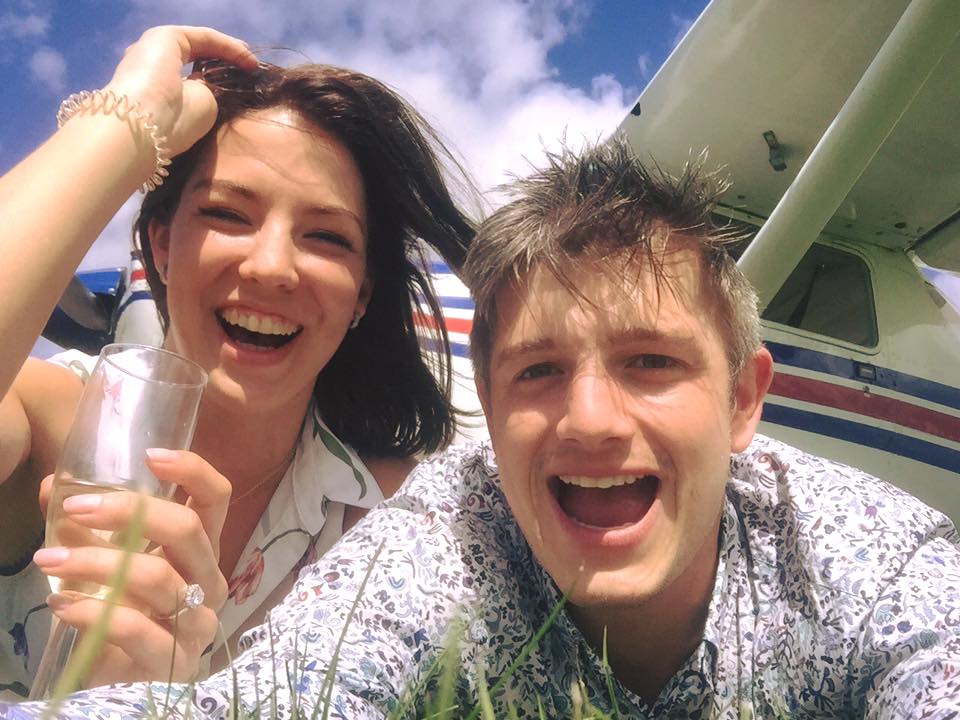 Very many congratulations to you both! Wishing you years and years of blue skies and happy landings….