Below is a report from our student Aeryn about her first solo navigation flight:

Another milestone passed today – I took G-BOYL away from the comfort of the circuit at Redhill Aerodrome for a short cross country flight to Bewl Water and back, navigating on my own for the first time. 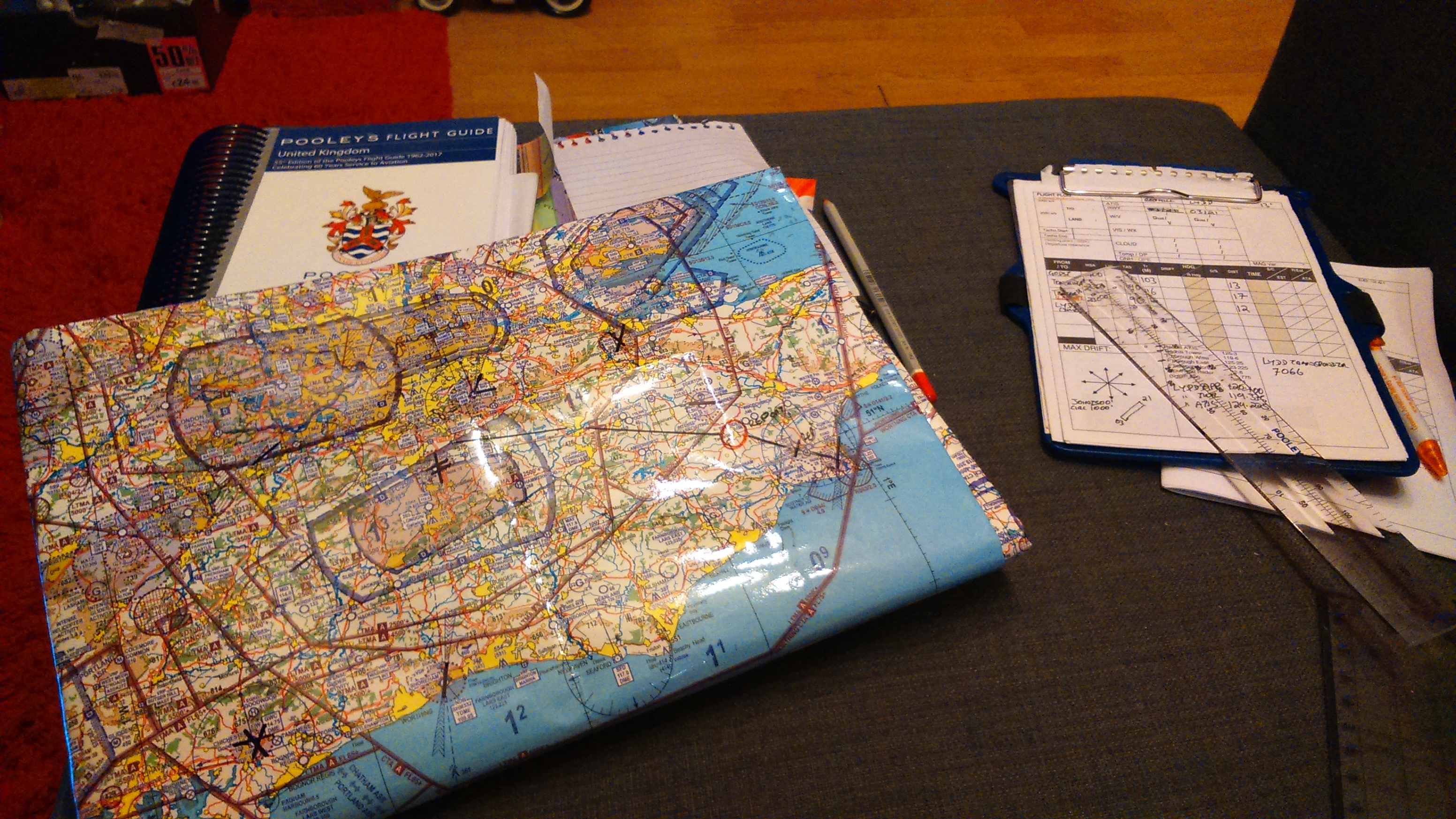 Am I weird that I like the drawing lines on the chart bit almost as much as the flying..?

The weather was a little overcast but calm and the air was thankfully pleasantly smooth (especially after my headbanging incident the previous time I took to the air on a windier day – video available on request!) .

After checking the NOTAMs and weather with Mark, I preflighted Suebo (the nickname Samy and I have for G-YL after one of reality TV's famous outpourings), filled out the forms and got myself setup. 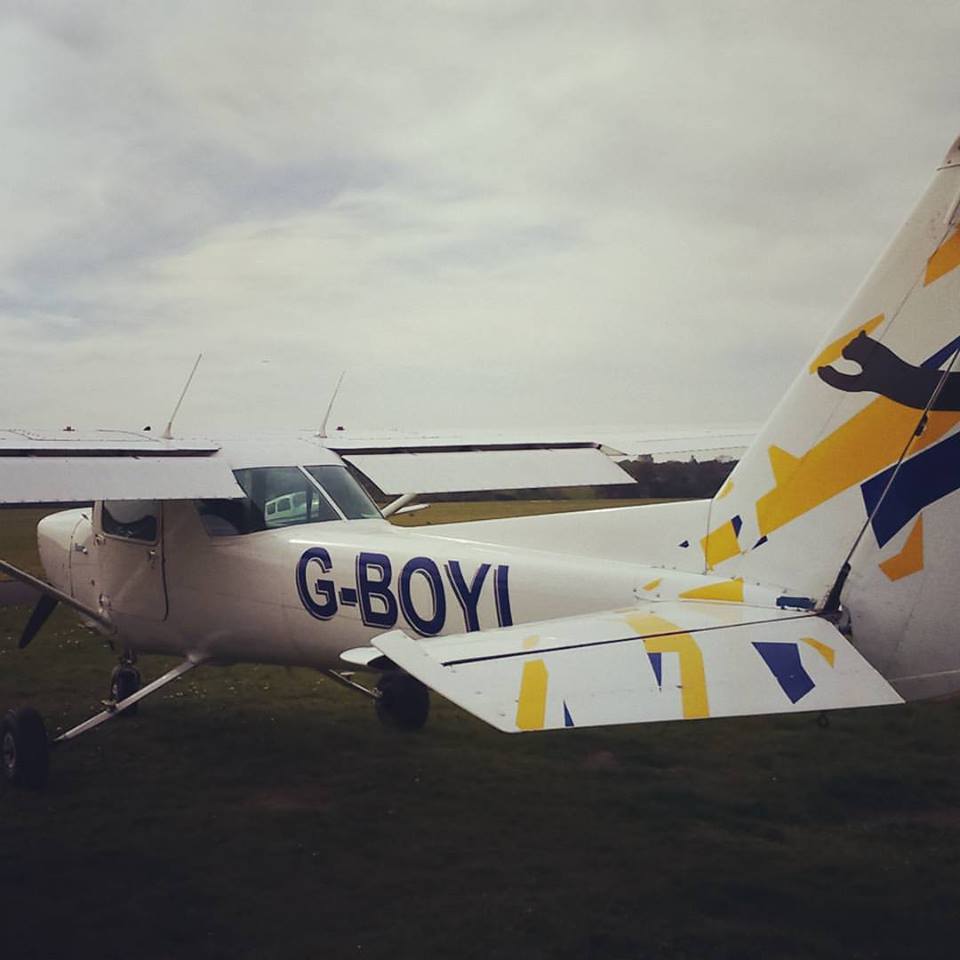 A short taxi, engine run up and pre-departure checks later, Suebo and I are lined up on 08L (first time on the grass runway for me for a while which is always welcome). The tower cleared us for take off with a departure via Godstone station. Count one, two, three as I open the throttle and away we go!

I'd not flown the the South Godstone departure before but the very helpfully placed railway line is a useful nav aid to find it. After passing the reporting point ATC approved a frequency change to Farnborough East for a basic service. This was learning point number one for me as my RT was a bit waffly and not quite in the right order – need to practice that a bit more!

After passing my first turning point at Bough Beech, we climbed up to 2,200' now that the Gatwick zone wasn't above us. The overcast was making the light a little dull but it felt absolutely amazing to be in charge of an aircraft and navigating all by myself . 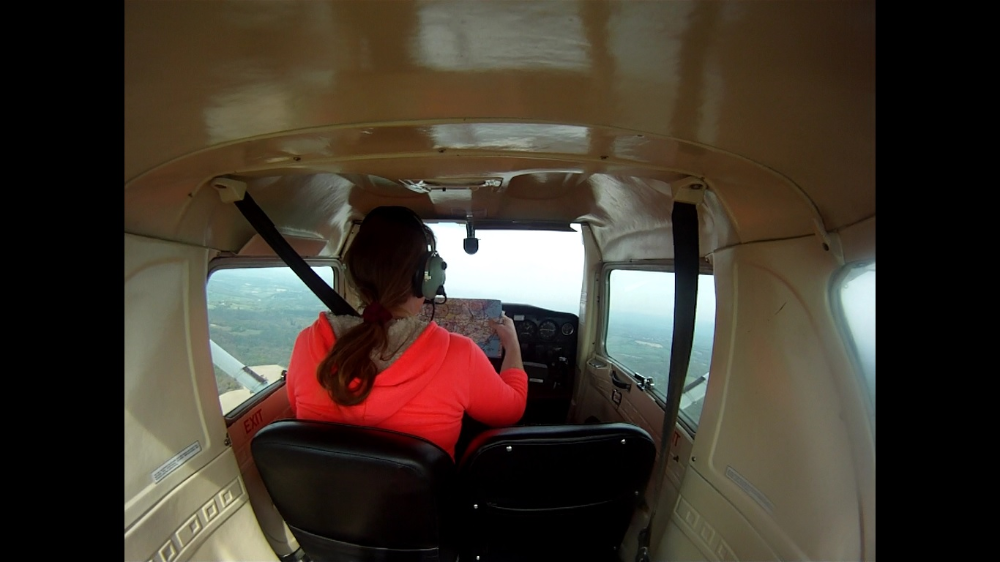 Checking I'm still where I'm supposed to be

Passing Tonbridge I sighted the distinctive shape of Bewl in the distance (slight relief!). The forecast 30kt headwind meant it took a little while to get there so I did a FREDA check and made a note of some friendly looking fields just in case the engine decided to stop (paranoia induced from driving a knackered old Toyota for many years!) .

Faithful as ever, Suebo chugged along at her usual 90kts, we made the turn over the reservior at Bewl (learning point number two – don't lose altitude in turns, more practise required!). With a 30kt tailwind in effect, the return journey was a tad more speedy and before long Suebo and I were back on the airfield and taxiing towards the Redhill Aviation portacabin.

After parking and shutting the aeroplane down, Mark (instructor) and I had a chat about the flight and what to plan for next time. He came up with a funky route for flight around the weald of Kent – I can't wait 🙂 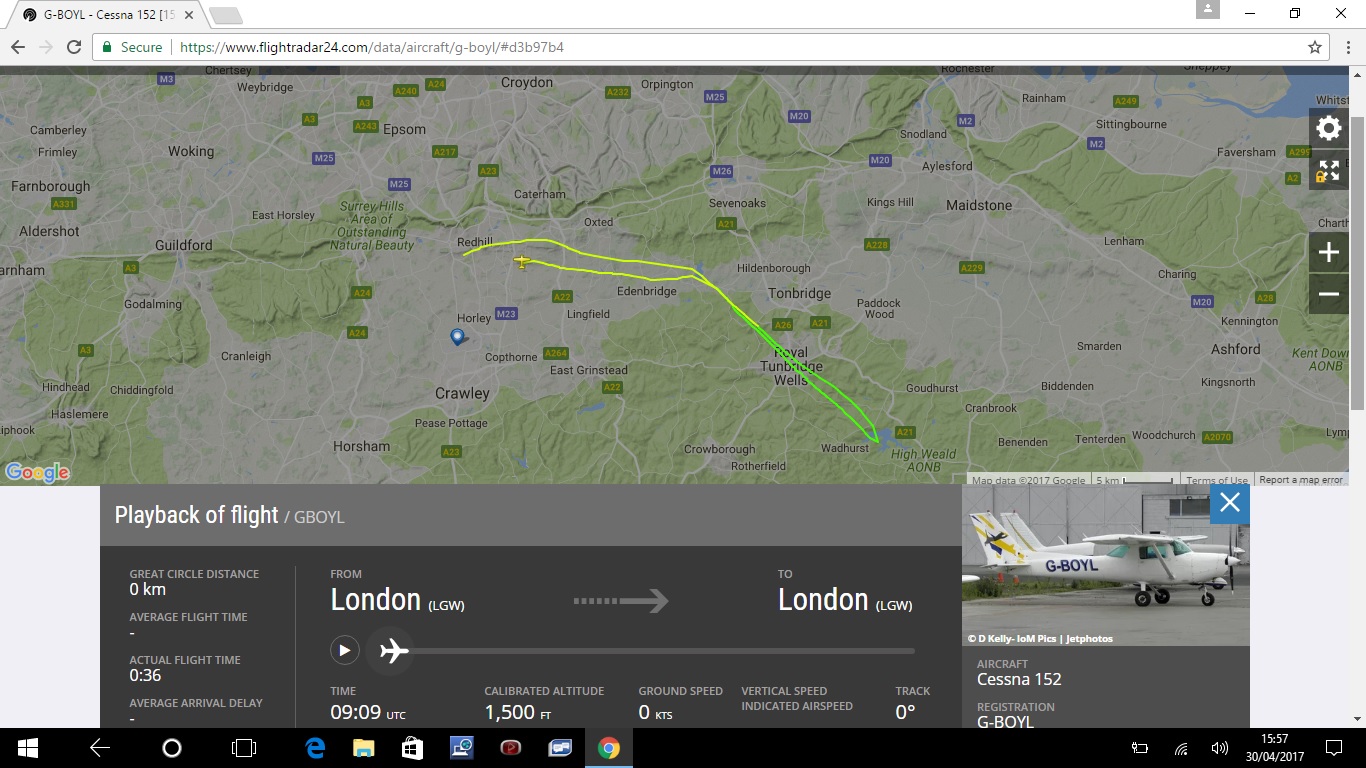 Flightradar looks like what I drew on the chart so I'm taking that as a win!